‘No action is recommended’ recurring theme of media mergers review

Analysis: INM’s Leslie Buckley not only one who expects more consolidation 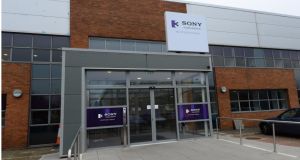 TV3’s studios. It is unlikely that INM, will try to buy the for-sale station.

“No action is recommended.”

In its review of the 14 submissions to the consultation on its draft media mergers guidelines, now finalised and published, the Department of Communications falls back on this one phrase a dozen times.

When it comes to the complaint that the new media mergers regime does not apply retrospectively – it simply cannot break up existing media empires – the Department has a point when it responds that retrospective power, had it been included in the Competition and Consumer Protection Act, would have been “extremely legally fraught”.

But knowing this, as the Government did, only serves to highlight the consequences of the multi-year delay in introducing these new rules.

The National Union of Journalists (NUJ), which regards the breakdown of ownership and control in the Irish media as nothing short of a “stranglehold” by a few powerful groups and individuals, has not held back in its response. The words “abject failure” feature.

In a market where Independent News & Media (INM) titles account for more than 40 per cent of national newspaper sales and just three groups own 23 of our 37 radio stations, it is “not good enough to propose new guidelines for the future while ignoring the present”, the NUJ says.

The vested interests, as they stand, remain immune to challenge. No action is recommended.

There is no doubt, however, that this legislation, designed to prevent (further) “undue concentration” of ownership and control in the media sector, will be tested at some point. It is not true, as another submission posited, that “all the big mergers have already taken place”.

Consolidation remains a buzzword in the media industry, both in Ireland and internationally – it is not only INM chairman Leslie Buckley who thinks it inevitable.

That said, it is unlikely that INM, the focus of much attention, will try to buy the for-sale TV3. It is far more reasonable to assume that TV3 will stay under foreign ownership, with either Viacom or UPC-owner Liberty Global taking it off Doughty Hanson’s hands.

Neither of these potential transactions should trouble the Broadcasting Authority of Ireland or the Minister, especially when they consider the consequences of blocking what might be the only deal on the table.

INM, which would have to club together with another company to afford the expected TV3 price tag anyway, will be keener to pursue any number of digital publishers that might fancy cashing out. Through these smaller deals, it will expand its business, and therefore extend the influence of its largest shareholder, in more subtle ways.

Will the Minister for Communications and the bodies to which he delegates merger recommendations (the BAI and/or an advisory panel that fills in the non-broadcasting gaps in expertise) stymie such deals? And if they do recommend an action, will their interventions withstand legal scrutiny? We don’t know.

In the submissions to the draft guidelines consultation process – including those from law firms Matheson and Mason Hayes & Curran – there are repeated pleas for clarity about both the logic that underpins the Government’s approach and how the whole thing will work in practice. These pleas seem set to continue.

The one submission from a private citizen is perhaps the bluntest. “I think Denis O’Brien has too much control of the media in this country,” it reads. “The Government has failed in its role of governance and competition and allowed a free-for-all to buy Ireland.”

Read all about it in the media – as long as that media can simultaneously manage to uphold the principles of pluralism, diversity, independence and solvency.