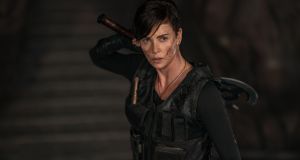 Netflix has been downgraded to a “neutral” recommendation from “buy” by stock analysts at UBS, which cited valuation after a pronounced rally in the video-streaming company.

Thus far this year, Netflix is up nearly 60 per cent, making it one of the best performers in the S&P 500, which is down 3 per cent for 2020. The stock has also gained about 70 per cent off a March low, a rally that has lifted it to repeated records and widened the company’s market cap lead over Walt Disney Company.

Shares fell as much as 6.7 per cent on Tuesday, Netflix’s biggest one-day intraday decline since March, before recovering some ground.

UBS’s move comes just days before the release on Thursday of Netflix’s second-quarter results, and while the firm expects to see “a widespread benefit” from the pandemic favouring indoor entertainment options, the benefit of this trend appears priced in at current levels, analyst Eric Sheridan wrote.

He reiterated his $535 price target. – Bloomberg