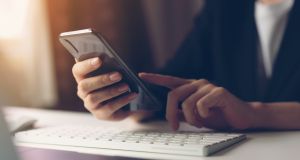 The company has 10 digital lifestyle channels, including the Joe UK and Joe.ie sites, Her.ie and HerFamily.ie, which generate more than £10 million in revenue per year. Photograph: iStock

Greencastle Capital has bought Joe Media’s UK business, acquiring the assets out of administration, and is on track to acquire the company’s Irish business within the next two months.

The plan is to merge the Irish and British businesses into a single company based in Dublin, with new media and technology business Iconic Labs managing the operation.

Under the contract signed with Greencastle, Iconic Labs will get a monthly management fee of £50,000 (€55,592) plus external costs, plus 25 per cent if revenue and profit targets are met.

The company is targeting a return to profit in 2021, moving the business to a one-company structure for the UK and the Republic and eliminating the duplication of costs.

Once the acquisition of the Irish business, currently subject to a two-month notification period, is complete and the entities have been restructured, the combined business will have its headquarters in Dublin.

Paul O’Donohoe, partner at Greencastle Capital, said the two companies had plans to invest in the business in a “focused way” to ensure its long-term sustainable growth.

The media businesses, which generate more than £10 million in revenue per year, ran into difficulties earlier this year and the company sought a “standstill” on its loans for a couple of months. In May, the High Court in Dublin appointed an interim examiner to Maximum Media Network.

Administrators were appointed to the UK business at the end of May.

The company has 10 digital lifestyle channels, including the Joe UK and Joe.ie sites, Her.ie and HerFamily.ie. Niall McGarry, founder of Joe, stepped back from operational involvement in the Irish business at the end of 2019, following controversy over the use in 2017 of a so-called “click farm” to inflate listenership numbers on a sponsored podcast.

More than 15 bidders were involved in the sales process.

“The acquisition of the Joe Media UK businesses by Greencastle Capital is by far the biggest deal we have been involved with as a company so far,” said John Quinlan, chief executive of Iconic Labs. “Both the Joe media business and the management contract structure fit our strategy of leveraging scarce capital while operating the best brands in digital media.”

1 Seán FitzPatrick makes fresh bid to secure planning for new Greystones home
2 Jervis shopping centre takes major tenants to court over rent disputes
3 Energia’s owner ‘plans to sell it later this year’ in deal worth €2bn
4 Dogpatch Labs and SOSV shortlisted to win NDRC contract
5 Cisco sales warning raises spectre of broad IT spending decline
6 Shed Distillery in Leitrim to open €3m visitor centre next month
7 Digital pollution: ‘We have a pandemic of data and 90% of it is crap’
8 Aryzta’s pick for chairman faces opposition from investors
9 TikTok up against the clock as US ban leaves it at crucial juncture
10 Moving in and out of lockdown is a recipe for economic disaster
Real news has value SUBSCRIBE