It’s punitive and illogical to put Sky out of reach 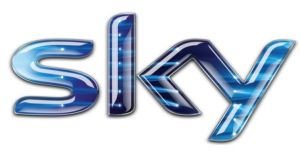 The ruling classes have always had a strange attitude to television, that entertainment medium so reliably enjoyed by the masses.

Austerity-espousing members of the elite are still sometimes heard asserting that if a person owns a flatscreen TV, they can’t possibly be poor, notwithstanding the fact that major electronics retailers stopped selling cathode ray tubes six years ago and anyone chasing a telly in the shape of an actual box would be best advised to try a museum.

For years, arts critics occupied the rarefied air of a television-free world, often priding themselves on not possessing a set. Even in the HBO era of critical acclaim, the disenfranchised are castigated for their viewing habits. Behind the drawn curtains of George Osborne’s imagination, the proles watch the wrong shows at the wrong times.

Now entire television services are being sniffed upon as unacceptable. The minimum income guidelines of the new Insolvency Service of Ireland have yet to be published by the Department of Justice, but a series of leaks have sparked suggestions that Sky subscriptions could and/or should be put beyond the reach of distressed borrowers.

“Sky” in this instance becomes shorthand for feckless spending by people who, it is inferred, don’t know how to manage their money – a politically convenient judgment that negates the crisis that created those arrears.

“We’re not commenting on media rumours,” Sky Ireland director of corporate affairs Mark Deering said this week on the issue. But you can bet your last ha’penny from the days of two-channel land that Sky isn’t too ecstatic with the framing of its products as a luxury to be foregone.

It is not just the threat of losing insolvent customers that is the problem. It is the risk that other cash-tight consumers will suddenly start thinking about pay-TV as an unjustifiable expense.

This characterisation of the Sky brand in particular and pay-TV packages in general as a rare indulgence also seems at odds with the proportion of Irish households that avail of them.

Some 70 per cent of Irish homes, or about 1.1 million households, have some form of pay-TV service, according to communications regulator ComReg. This has been more or less stable since 2009, reflecting the fact that the typical recession-hit consumer regards the glow of the small screen as a relatively inexpensive diversion.

So if your bank insists you must abandon the pleasure of watching (insert most-hated Premier League football team here) lose miserably in a flurry of red cards and stomping feet, what do you do? You go and watch the match down the pub, where happily there are no opportunties to spend money whatsoever.

For it is Sky Sports charges that are really being contested here. A Sky customer who subscribes to Sky Sports effectively pays twice as much for television as the Sky customer who doesn’t get to appreciate the triumph of Jeff Stelling whenever Hartlepool United equalises. Some of these non- sporting pay-TV customers may stick broad- band into their product bundle instead – it’s just that in our self- styled information society, asking distressed borrowers to ditch the wifi isn’t quite as politically feasible. So where is the line drawn?

From a cold-hearted personal finance perspective, there is money to be saved by relegating Sky Sports from your screen: €35 a month for Sky customers, to be precise. But this jump in cost is Sky’s pricing strategy prerogative – it wants to keep the price of its basic packages down while making margin on the “premium” content that it made premium in the first place.

There was a time when paying to watch a football game on television seemed like a controversial use of discretionary income. Back when BSkyB first started buying up content through rights deals, the very concept of pay-TV seemed extortionate. But that was 20 years ago, and reluctance to buy into BSkyB’s Machiavellian plan to dominate TV-land has long since weakened.

If the State really wanted to stop citizens’ wallets from drifting into the pockets of media billionaires such as Rupert Murdoch and John Malone, perhaps it should have facilitated the launch of an indigenous digital terrestrial TV service a decade earlier than it did.

It is too late to turn back the clock on the pay-TV market via an insolvency regime in which lenders have the power to pick over the viewing habits of their customers. Forcing insolvent borrowers to twiddle their thumbs on a Ford Super Sunday, waiting for GAA season, is not just punitive, it’s illogical.