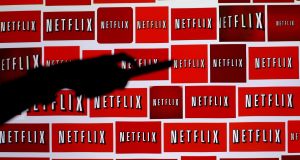 The new rules of engagement have been set by Netflix. Photograph: Mike Blake/Reuters/File Photo

Sky chief executive Jeremy Darroch has a word that he is fond of repeating, not quite as obviously as Theresa “strong and stable” May or Michael “low fares” O’Leary, but it’s there. He’s “agnostic” about how Sky delivers television to its customers.

That means Sky, a satellite television company by birth, is no longer fixating on satellites, or even what was traditionally meant by “television”. The philosophy goes beyond giving subscribers mobile access via Sky Go. From 2018 Sky Q’s subscription service will be available to UK households without a satellite dish. Like its big sports-rights rival in that market, BT, Sky will use exclusive content to flog broadband instead.

Sky’s technological agnosticism currently takes the bright, bubbly form of Now TV. This “pay-lite” streaming service, delivered via broadband, has become the key engine of growth in its UK television business. It launched here a fortnight ago, with the full promotional blitz still to come.

There is such a thing as a Now TV box, but Sky’s repositories of sport, television and film content can also be accessed without a box through the Now TV app on laptops, tablets and mobiles. In 2017, a “no strings” product that tempts people to buy temporary content passes can’t afford to miss out on any custom by forcing hardware upon them.

There are two co-existing truths in the world of broadcasting: overall viewing to “linear” television channels remains pretty high, but television is converging with the internet to the point where the two things are virtually indistinguishable to younger generations. The industry may be strong, but it is not stable. For children and young adults, “television” is not the main event, but simply one content option amid a sea of them.

Now TV is merely the latest example of how the once elaborate architecture of television can be folded into an app. For some, it will sit beside their Netflix app, with the YouTube app next in line, and that’s their viewing needs sorted. The genesis of each one will be immaterial.

Even playing catch-up appears a complex and costly business

At RTÉ, the need to “future-proof” its relationship with Irish audiences is a frequently expressed desire, although even playing catch-up appears a complex and costly business.

The launch of Saorview Connect, a broadband-delivered iteration of the free-to-air, digital terrestrial television (DTT) platform Saorview, was originally set for late 2016, but this partnership between RTÉ subsidiary 2RN and UK television platform Freesat has yet to see the light of day.

Promised functions such as better recording capabilities and programme title search don’t honestly sound too exciting, but for the Saorview constituency, this “next-generation” platform may still deepen the link in their minds between broadband and television.

Higher up RTÉ’s list of priorities is the completely redeveloped RTÉ Player, for which it is scrambling together the money somehow. (The question of whether cash from its land sale will be used for purposes such as these is one that elicits fuzzy answers.)

RTÉ’s lead partner on this project is an Italian IT business consulting company called Fincons Group, which has worked with Sky and Italy’s Mediaset, but the new Player will also be developed with the expertise of Dutch television app development company 24i, Italian personalisation software firm ContentWise and Comcast Technology Solutions.

The cast of thousands reflects the complexity of the task, and also its importance. The new RTÉ Player, which it expects to launch before the end of this year, has to be more than just better than the old RTÉ Player. It has to be suitable for an age in which the Player is the main entry point to RTÉ content for vast swathes of viewers. It already is for some.

And when highly profitable companies such as Sky are busy freeing themselves of old certainties, and giants such as Netflix march on, now is not the time for unwavering faith in the status quo.

Sky would baulk at the suggestion that it’s a Netflix world now and everybody else just lives in it, and yet the energy Sky has put into Now TV reveals a lot about how it sees the industry today. It is one where the new rules of engagement have been set by Netflix, with its marketing war chest, its algorithmic conveyor belt of content recommendations and its subscriber base nearing 100 million.

The old rules, set by single-market broadcasters with their vast office spaces and legions of commissioners, schedulers and controllers – but modest-in-comparison content budgets – look more old-fashioned by the day.

1 A look at Elon Musk’s track record ahead of Tesla’s ‘battery day’
2 Aldi empire wracked by family feud
3 The FinCEN files: Unchecked by global banks, dirty cash destroys dreams and lives
4 FinCEN Files: Dublin business features in leak of US treasury documents
5 Chris Johns: We’re in for a triple whammy of Covid, Brexit and the US elections
6 Ten of the most mysterious aircraft disappearances
7 Mark Paul: Government faces dilemma on which businesses to save
8 Dublin-based Fenergo considers $1.5bn listing
9 Help, I’ve no PRSI stamps – can I still get a pension?
10 Cara pharmacy founders claim financial difficulties ‘overstated’
Real news has value SUBSCRIBE