Political editor and head of news among the departures 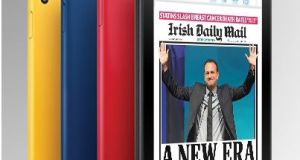 DMG Media Ireland, the publisher of the Irish Daily Mail and the Mail on Sunday, has reached its target of 35 redundancies.

After the initial application period, the company told about a dozen employees of the daily newspaper that their roles were at risk or no longer existed.

Political editor Senan Molony and head of news Aiden Corkery are among those who have left the newspaper, which has blamed the cutbacks on falling newspaper sales and declining advertising revenue. Several feature writer roles have also been cut.

The majority of those leaving have now departed the company, which employed 156 people before the scheme was announced. Some staff working on digital operations had their applications for redundancy turned down, however.

As well as the Irish Daily Mail and the Irish Mail on Sunday titles, DMG Media Ireland publishes the websites Evoke.ie and Extra.ie, to which some employees are being redeployed. Earlier this year, it also acquired the parenting site Rollercoaster.ie.