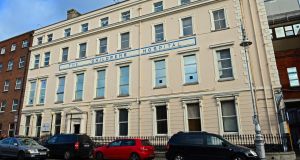 Children’s Hospital, Temple Street, Dublin: “We are completely overwhelmed by the amount of love and support shown over the course of the Christmas FM campaign.” Photograph: Eric Luke

Christmas FM raised over €400,000 for Temple Street Children’s Hospital in December, a record-breaking amount for the not-for-profit radio station and nearly double what it raised in 2017.

The donation will go towards purchasing new equipment such as incubators and ventilators at the children’s hospital.

“We would like to thank all of our loyal listeners who tuned in and donated so generously to this year’s chosen charity, Temple Street Children’s Hospital, and the Broadcasting Authority of Ireland (BAI) for granting us the licence,” said co-founder of Christmas FM Garvan Rigby.

“And, of course, the station is so grateful to have so many people who aid in making it all happen by helping with the day-to-day running of the station,” he added.

Denise Fitzgerald, chief executive of the Temple Street Foundation, said: “We are completely overwhelmed by the amount of love and support shown to Temple Street Children’s Hospital over the course of the Christmas FM campaign.

“The goodwill and generosity of individuals, families, companies and communities up and down the country is hugely uplifting and will bring real and lasting difference to sick children in our critical care wards,” she said.

Christmas FM was founded in 2008 and runs for 30 days each December. It is staffed by more than 100 volunteers and is funded entirely through sponsorship. In the past, it has supported charities such as Barnardos, Focus Ireland and the ISPCC and has raised nearly €2 million since its inception.