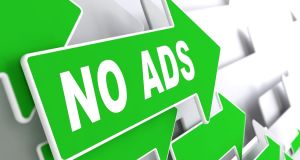 Consumers are deciding to filter out online ads by downloading software to their PC, tablet or smartphone

Over the past two months, the issue of ad blocking has become a dominant agenda item in the global advertising market. Consumers are deciding effectively to filter out online ads by simply downloading software to their PC, tablet or smartphone.

Ad blocking has been available to consumers since 1999. But it is only recently begun to gain traction with consumers as the volume of advertisements and range of advertising formats increases.

Some people no longer want to receive ads as part of their browsing experience. Ad blocking is applicable to all web pages (PC and mobile) but not, for now, advertisements in mobile apps. Native advertising formats that integrate brand messages into publisher content are currently also immune to ad blocking.

According to a recent report from Adobe and Irish company Pagefair, between 10-20 per cent of European internet users have used ad-blocking software, with Ireland tracking at an estimated 18 per cent.

Apple and Google both recently allowed the sale of ad blocking apps in their stores and it is estimated about 2 per cent of mobile users have downloaded the software. This is sure to increase in the next 12 months by a factor of two or three.

In Ireland, only two ad-blocking apps feature in the top 100 in the Apple App and Google Play Stores, both outside the top 50.

That has led some to argue the issue is being overhyped: I believe it is a source of considerable concern and it is vital all stakeholders in the industry pay attention to it and develop strategies to address it. For advertisers, a consumer with ad-blocking software on their PC, tablet or mobile will not see their ads: it’s that simple.

On the surface, this issue is not affecting delivery of online campaigns because advertising inventory supply exceeds demand. However, ad blocking will deny advertisers access to particular audience types.

Studies show ad blockers tend to be young and tech savvy internet users; this may present a challenge for some brands in terms of audience reach.

The issue of greater concern is the indication that consumers are changing their attitude to advertising. In the past, the industry believed an implicit contract existed between advertiser and consumer, whereby consumers would accept advertising in return for quality content. This is now being challenged, because consumers are becoming irritated by overly eager media owners and some poor advertising practices.

Such an approach could have long-term ramifications for the industry, as it damages consumers’ online experience and is turning some of them off advertising.

In the main, webpages have too many advertisements and online media players have too many preroll commercials. Campaigns that use cookie data to retarget consumers repeatedly with advertising messages are, frankly, creeping people out.

Some media owners have started blocking consumers from accessing their content if they detect the use of ad-blocking software. This approach has merit but only if all media owners follow suit.

Advertising funds a large part of the “free internet”. Consumers may not realise this: I wonder if they even care. However, the alternative to free internet is paywalls, and consumers have voted with their fingers on that topic by not signing up in sufficient numbers.

The industry needs to think about its approach to online advertising and put everything it does through a consumer filter. All stakeholders – media owners, technology companies, advertisers and agencies – need to agree codes that are adhered to. Much stricter governance is required, together with a long-term view that balances the sustainability of a business model with quarterly sales targets. This will protect the consumer and the industry we all rely on.

Ultimately, this is just another hill to climb in an ever-changing media landscape. Some will bound up not knowing what is on the other side while others will ascend more cautiously, learning as they go. Which is the better approach? It depends on your attitude to risk.