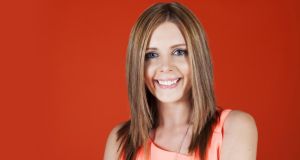 RTÉ is renewing its hunt for a sponsor for The Nicky Byrne Show with Nicky and Jenny (as it is awkwardly known), which has been on air in the mid-morning slot since March.

Former Westlife singer Byrne – a “high-profile bagging”, according to head of 2fm Dan Healy – and co-host Jenny Greene broadcast between 11am and 2pm on the station, which RTÉ bosses are attempting to return to a commercial proposition after years of losses.

RTÉ Media Sales says listener reaction to the show is “massive”, and says it features “the best in workday music mixed with entertainment news and Nicky’s unrivalled access to the stars”.

The RTÉ Radio Player more calmly describes it as “a music-driven entertainment show mixed with guests from the world of music, entertainment and TV”.

Sponsors signed up to 2fm in recent months include Berocca, which sponsors Breakfast Republic, and Bridgestone tyres, which sponsors Drive By with Colm Hayes (who held the mid-morning slot before Byrne and Greene).

A number of other programmes on the station do not yet have sponsors.