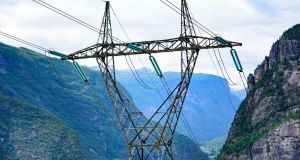 The catalyst for the trading loss was a series of backfiring bets on the price difference between German and Nordic power markets. Photograph: iStock

One of Norway’s richest men has blown a €100 million hole in a stability fund that ensures the safety of derivatives trading in European electricity markets.

Coming in the same week as the 10th anniversary of Lehman Brothers’ collapse, the trading losses will focus attention on the robustness of standards promoted by policymakers globally after the financial crisis.

Einar Aas, a private trader who has been among Norway’s highest earners in recent years due to aggressive bets in European power markets, saw his positions collapse on Monday after extreme market moves in German and Nordic energy markets. He was identified by multiple sources in the market, including a person with direct knowledge of the matter.

Nasdaq, the principal trading exchange where futures contracts tied to physical energy markets in the Nordic region are transacted, said a clearing member had defaulted on Tuesday after they were unable to meet margin calls at its clearing house on loss-making trades.

Authorities singled out clearing houses as key pillars of global market stability to withstand the next financial crisis. These entities stand between two parties in a trade to help prevent the fallout from defaults rippling through the market.

Nasdaq said that a member of the clearing house blew through several layers of safeguards designed to protect it from such losses. The member was clearing his own trades, rather than going through a broker. Nasdaq also said the member went beyond its usual margin requirements and also used up the exchange’s own default fund.

The size of the loss also ate up about two-thirds of a separate €166 million mutual default fund members must contribute to, according to two people familiar with the matter.

The default compelled Nasdaq to close out the positions in a volatile market earlier this week, crystallising losses of more than €100 million related to the trades, according to a person familiar with the matter. The losses will be met by both the exchange and members of its clearing house, Nasdaq said on Thursday.

Its members include some of the biggest banks and energy traders such as Morgan Stanley, UBS and Equinor, Norway’s state oil company. They will receive a letter from Nasdaq in the coming days requesting the payment of the funds within 48 hours.

The catalyst for the trading loss was a series of backfiring bets on the price difference between German and Nordic power markets, according to multiple sources in the industry. Mr Aas’s trades were positioned for the gap between the two to narrow, but instead it widened sharply to a level 17 times larger than normal.

That move was triggered, in part, by a jump in the price of carbon allowances in Europe that have been the best performing commodity so far this year and a source of bumper profits for hedge funds and investment banks. Rising carbon prices, which are trading at a decade high, have dragged up natural gas and electricity markets in continental Europe.

At the same time, a forecast of wetter than previously anticipated weather in the Nordic region, where hydropower is a major contributor to electricity supplies, pushed prices on the so-called Nordpool market far lower.

Mr Aas had a taxable income of Nkr 833 million (€86 million) and a fortune of about Nkr 2.1 billion in 2016, according to the Norwegian government’s public tax return data.

The media-shy energy trader from Grimstad in southern Norway worked at Agder Energi-owned Interkraft Trading before leaving to trade with Nkr 250,000 of his own money, according to Norwegian newspaper reports. – Copyright The Financial Times Limited 2018