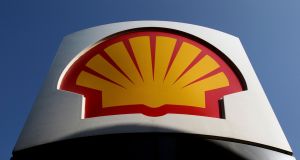 Shell has been in Africa’s biggest oil producer the longest. Photograph: Simon Dawson/Bloomberg

Royal Dutch Shell should face investigations in three countries for alleged complicity in Nigerian government abuses, including murder and rape, more than two decades ago in the oil-rich Niger River delta, Amnesty International has said.

Authorities in Nigeria, the Netherlands and UK should investigate Shell’s conduct, especially in the Ogoni area of the southern delta, the London-based human-rights group said in a report on Tuesday. Violations linked to Europe’s largest energy company amounted to criminal infractions for which it should be prosecuted, it said. Shell said the allegations “are without merit.”

“The evidence we have reviewed shows that Shell repeatedly encouraged the Nigerian military to deal with community protests, even when it knew the horrors this would lead to – unlawful killings, rape, torture, the burning of villages,” said Audrey Gaughran, director of Global Issues at Amnesty International.

Shell “even provided the military with material support, including transport, and in at least one instance paid a military commander notorious for human rights violations”, she said.

Shell has been in Africa’s biggest oil producer the longest and operates a joint venture with the government that pumps more than one-third of the nation’s crude, the state’s main source of revenue. Other joint ventures are run by ExxonMobil, Chevron, Total and Eni.

Protests by the Ogoni ethnic minority against Shell in the 1990s alleging widespread pollution and environmental degradation triggered a repressive response from the military government, then in power. Nine ethnic-minority activists, including writer Ken Saro-Wiwa were executed in 1995.

Shell “did not collude with the authorities to suppress community unrest and in no way encouraged or advocated any act of violence in Nigeria”, said the company’s Nigerian unit. “We believe that the evidence will show clearly that Shell was not responsible for these tragic events.”

BA in union talks to suspend around 32,000 staff - source 12:44
Coronavirus: how hard has Ireland’s economy been hit by pandemic? 12:12
EU court says short-term lets can be required to get official sanction in housing crisis 11:47
Start-up funding nosedives in Covid-19 crisis but fintechs to flourish 11:34
Record 330,000 jump in numbers claiming unemployment benefits 11:18