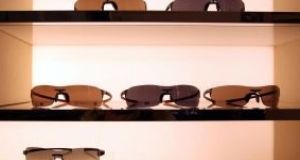 Shares in the world’s biggest luxury group, LVMH, rose 2.3 per cent after it beat sales and revenue forecasts in its third quarter

uropean bourses ended the day slightly lower on Tuesday as investors braced themselves ahead of a possible unilateral declaration of independence at the Catalan parliament, which, it is anticipated, would lead to turmoil on Spanish markets and beyond.

Blue-chip indexes in Paris, Frankfurt and Milan closed flat, down 0.2 per cent and 0.6 per cent respectively, while Madrid’s IBEX lagged European peers with a loss of 0.9 per cent.

The Iseq index was marginally weaker than other European bourses on Tuesday, closing down 0.11 per cent to 6,810.28.

The Glenveagh IPO was the main talking point as shares in the housebuilder rose by more than16 per cent as they floated on the Dublin and London stock exchanges.

Cairn Homes was another riser, closing up 2.7 per cent to €1.73 after plans to support housebuilders were announced in Budget 2018.

Minister for Finance Paschal Donohoe’s speech also impacted on other housing stocks, with Hibernia Reit and Green Reit both losing 1 per cent after plans to increase stamp duty on commercial property was confirmed.

Hotels group Dalata was flat at €5.43 on news the 9 per cent tourism VAT rate is unchanged.

Britain’s top share index ended at a two-month high on Tuesday after domestic banks Royal Bank of Scotland and Lloyds rose following a broker upgrade on hopes of a softer exit from the European Union. Britain’s FTSE 100 index was up 0.4 per cent at 7,538.27 points at its close, while the more domestically focused mid-cap index added 0.2 per cent, boosted by some well-received earnings updates.

RBS was among the biggest gainers, up 1.9 per cent, and Lloyds rose 0.8 per cent after Credit Suisse upgraded the two stocks to “outperform” and “neutral” respectively.

Credit Suisse also downgraded internationally exposed HSBC to “underperform” but lifted its price target. The stock was up 1 per cent.

BAE Systems retreated 0.3 per cent. The British defence company was set to announce up to 2,000 job cuts at plants involved in making the Eurofighter Typhoon fighter jet, whose orders have dried up.

Financial shares in Spain suffered, with Banco Santander and Caixabank losing 3 per cent and 2.2 per cent respectively.

On the positive side, a Goldman Sachs upgrade to “buy” boosted shares in Spanish wind turbine maker Siemens Gamesa up 3.4 per cent. Analysts at the bank said the firm was the best positioned to benefit from strong growth in wind power capacity.

Shares in the world’s biggest luxury group, LVMH, rose 2.3 per cent after it beat sales and revenue forecasts in its third quarter, setting a high hurdle for European luxury peers to beat.

Luxury brands Christian Dior and Gucci owner Kering rose 1.6 to 2.2 per cent on the strong performance from the group Bernstein luxury analyst Mario Ortelli said is a “bellwether” for the industry.

Swiss fragrance and flavours maker Givaudan jumped 3.1 per cent and touched a record high during the session after the firm stuck to its 2020 targets and reported third-quarter sales up 5.7 per cent, beating analysts’ estimates.

The three major Wall Street indexes scaled new records early on Tuesday as higher oil prices boosted energy stocks and Wal-Mart rose on the back of a bullish sales forecast.

Wal-Mart jumped more than 4 per cent to a two-year high of $84.46 after forecasting US online sales would rise by about 40 per cent in the next fiscal year and unveiling a $20 billion share buyback plan. That helped the consumer staples index jump 0.61 per cent, but gains were capped by P&G, which dropped 1.2 per cent after activist investor Nelson Peltz unexpectedly failed in his bid to win a board seat.

Nvidia rose 1.5 per cent after the chipmaker unveiled its first computer chips for developing fully autonomous vehicles. Eli Lilly fell about 1 per cent after its drug to treat non-small cell lung cancer failed in a late-stage study.