Approval of US tax cuts ‘very positive’ for CRH

Construction and bank stocks are big beneficiaries in Europe 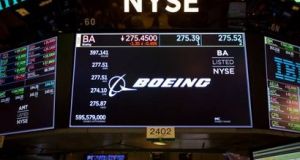 US tax cuts approved over the weekend boosted equities on both sides of the Atlantic, benefitting Irish building materials giant CRH amongst others.

CRH climbed 2.76 per cent on the back of news that the US senate had approved President Donal Trump’s tax reforms.“The market was very positive about CRH on the back of US tax cuts; it was up nearly 3 per cent, and its European peers, Buzzi and Heidelberg, were also up on the day,” said a trader in Dublin on Monday

Around half CRH’s €27 billion in revenues comes from the US, where it is one of the top three building materials’ suppliers and the biggest manufacturer of asphalt. Positive news on the US economy generally translates into a boost for the Irish group’s share price.

CRH was one of a number of leading European stocks that gained ground on the back of the news that US legislators had approved laws slashing tax on corporate profits.

Gambling giant Paddy Power Betfair advanced 1.71 per cent to €97.04. Bookies were popular with investors on Monday, the Irish group’s rivals Ladbrokes and William Hill both gained ground in London.

Britain’s blue-chip FTSE 100 lagged the rest of Europe after the UK government failed to deliver an anticipated deal that was meant to progress Brexit talks.

Sky jumped 26p sterling to 956p amid reports that Disney has been eyeing a raft of 21st Century Fox assets, including its 39 per cent stake in Sky.

Game Account Network, a gambling technology business led by Irishman Dermot Smurfit, slid 4.86 per cent to 34.25p sterling after publishing figures showing revenue per user was down but user numbers were up.

SSE was nearly flat, down 1p at 1,337p as the chairman of the British parliament’s business, energy and industrial strategy committee called on regulators to investigate the merger between SSE and the owner of Npower, amid fears that the deal will spell bad news for energy consumers.

Shares in McColl’s Retail Group tumbled 15p to 275p despite recording annual revenue of over £1 billion for the first time, thanks in part to its acquisition of 298 Co-Op stores. However, like-for-like fourth quarter sales fell 1.1 per cent with McColl’s saying that “declining traditional categories and unfavourable weather” had negatively impacted the business.

European stocks recovered strongly from multi-week lows on Monday after the US Senate passed a tax package delivering significant fiscal stimulus, which investors had anticipated would give extra legs to the bull run in equity markets.

Bank stocks, seen as the biggest beneficiaries of tax cuts, jumped 1.2 per cent on the day. Allianz, BNP Paribas and Santander were among the largest drivers of the advance, rising by between 1.3 and 1.9 per cent.

The top-gaining European sector was construction and materials. One of the biggest winners in the sector was Swedish builder Skanska, up 3.5 per cent. The lift in building materials stocks boosted Germany’s Heidelberg Cement, which was up 1.82 per cent at €89.99, and Italy’s Buzzi, which climbed 5.02 per cent to €22.82.

Wall Street indices rose on Monday as Republican-led efforts to slash corporate tax rates cleared a major hurdle. Bank of America rose as much as 3.9 per cent to hit a near-decade high of $29.2, while Boeing shares hit an all-time high at $281.83, gaining 3.9 per cent.

Aetna shares rose 0.7 per cent after drugstore chain operator CVS Health agreed to buy the health insurer for $69 billion in the year’s largest corporate acquisition. CVS shares were down about 4 per cent.

General Cable jumped about 34 per cent after Italian rival Prysmian agreed to buy the cable-maker in a deal that could value it at about $3 billion, including debt. – Additional reporting: Reuters