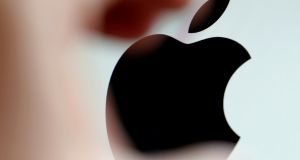 The tech giant Apple said proceeds from the green bond sales will be used to finance renewable energy, energy efficiency at its facilities and its supply chain. File Photograph: Reuters

The offering comes over a year after Apple issued its first green bond of $1.5 billion – the largest issued by a US corporation – as a response to the 2015 Paris agreement.

Apple said its second green bond is meant to show that businesses are still committed to the goals of the 194-nation accord.

“Leadership from the business community is essential to address the threat of climate change and protect our shared planet,” said Lisa Jackson, Apple’s vice president of environment, policy and social initiatives.

Apple chief executive Tim Cook was one of several CEOs who directly appealed to Trump to keep the United States in the pact before he made his decision.

The tech giant said proceeds from the green bond sales will be used to finance renewable energy, energy efficiency at Apple facilities and in its supply chain and procuring safer materials for its products.

The offering also includes a specific focus on helping Apple meet a goal of greening its supply chain and using only renewable resources or recycled material, reducing its need to mine rare earth materials.

One of the projects it funded was a robotic system called Liam to take apart junked iPhones and recover valuable materials that can be recycled, such as silver and tungsten – an attempt to address criticism that Apple’s products, while sleek and seamless in design, are so tightly constructed that their components can be difficult to take apart.

In 2016, $81 billion of green bonds were issued, double the number from 2015, according to the Climate Bonds Initiative, an organization that promotes the use of green bonds.

Governments are also embracing the use of green bonds as a way to meet a 2015 pledge by world leaders to limit global warming this century to below 2 degrees Celsius.

3 Cartoon Saloon boosted by deals with Apple and Netflix

9 NordicTrack S22i Studio Cycle: An expensive way to cut down on the cabin fever