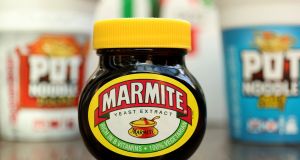 The manufacturer of Dove soap, Knorr soup and Marmite spread said those issues would continue to hurt results in the first part of the new year, helping to push the company’s shares down 4.5 per cent, its worst day in nearly a year.

Results were ahead of expectations on second-half margins, earnings per share growth and free cash flow, but were overshadowed by the sales figure.

For the full year, sales growth was 3.7 per cent, below the 3.9 per cent analysts were expecting.

In Europe, Unilever’s fourth-quarter sales fell 2.3 per cent, hurt by weak volumes and continued price deflation in many markets.