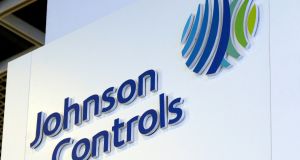 Multinational Tyco has confirmed Cork will be the firm’s global headquarters following its controversial merger with US firm Johnson Controls.

The so-called “inversion” deal, which the companies predicted would deliver at least $150 million of tax savings each year and $500 million in costs over the initial three years, drew the ire of US politicians and put a renewed focus on Ireland’s corporate tax regime.

The deal is expected to be completed by the start of October.

The Cork move was confirmed by Tyco Ireland vice-president and general manager Donal Sullivan ahead of today’s opening of its new €45 million One Albert Quay office complex in the city centre.

Tyco is set to expand its workforce to over 500 over the next two years, with some 250 of these already recruited.

Mr Sullivan said the decision to headquarter the merged entity, which will become a $33 billion revenue company with over 140,000 employees worldwide, in Cork marks an extraordinary turnaround for Tyco’s fortunes in Ireland.

On Friday Tyco, a multinational supplier of fire and security products, was awarded the Cork Chamber Company of the Year Award.

Mr Sullivan said Tyco in Ireland had reinvented itself dramatically since 2008 when it moved its manufacturing operation in Cork to lower-cost countries and reduced its workforce from 350 to just a skeleton operation of 30 people.

Basic income for all: Has the Covid crisis given us a new economic model? 06:00
Only way is up for Stripe as valuation skyrockets 05:53
Is RTÉ board tuning out from digital expertise? 05:40
Kinzen raises $2.2m as it helps clients fight ‘misinformation’ 05:30
Musk’s money, Santa’s immunity and Blinken’s Brexit analogy 04:59
Search executive
jobs on irishtimes.com