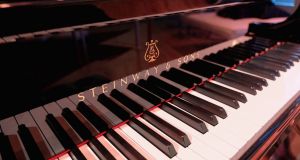 The state-owned conglomerate is in the early stages of considering an offer for Steinway, it is believed. Other suitors may also emerge for the business.

Steinway should be able to fetch a high valuation, given that the company may reach 30-40 per cent annual sales growth in China, according to Shaun Rein, founder and managing director of the China Market Research Group. A Chinese company like Poly Group could help improve Steinway’s distribution network in the country, which has been weak so far, he said.

“Steinway has massive potential in China as consumers love the brand,” Mr Rein said. “As Chinese middle-class families get wealthier, they’ll be willing to spend on a luxury piano for their kids as they see music as a key part of their education. And nobody beats Steinway on that.”

Poly Group started in 1992 as a supplier of defence equipment for the Chinese military. The conglomerate now has operations spanning explosives manufacturing, property, mining, cinemas and the arts.

Hong Kong-listed unit Poly Culture Group owns China’s biggest home-grown auction house, in addition to running a chain of theatres that have hosted musicals like Cats and performances by the likes of the London Symphony Orchestra.

Paulson’s New York-based investment firm, Paulson and Co, agreed to acquire Steinway in 2013 for about $512 million (€441 million), beating rival bidders, including South Korea’s Samick Musical Instruments. The piano maker was founded in 1853 by German immigrant Henry Engelhard Steinway in a Manhattan loft on Varick Street. Over the following decades, it became a brand recognised worldwide. In March, it opened a new Asia-Pacific headquarters in Shanghai. – Bloomberg