Glen Dimplex workers vote to strike in row over pay 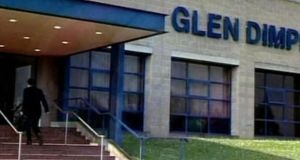 Workers at electrical heater manufacturer Glen Dimplex have voted to strike in a row over pay.

Trade union Siptu confirmed on Friday that its 120 members in the company’s factory in Newry, Co Down, overwhelmingly voted to take industrial action, up to and including strike, in a dispute concerning pay.

According to union organiser Denis Sheridan, staff have been involved in talks on a pay rise with the company for some time.

“Unfortunately, due to the intransigence shown by management at these talks no agreement has been reached,” he said. “As a result, the workers felt they had no option but to ballot for industrial action.”

Mr Sheridan added that in the coming days workers would decide what action to take and will inform management.

“Glen Dimplex is a profitable company and it is only fair that the workers who produce its high-quality heating and other products are rewarded in an acceptable manner for their work,” he said.

Glen Dimplex makes heaters and other household electrical goods which are sold in Ireland and abroad.