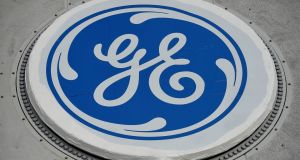 GE’s aviation orders were down 40 per cent year-on-year in the fourth quarter. Photograph: Sebastien Salom-Gomis/AFP via Getty Images)

Improving orders in GE’s power and renewable energy division drove industrial free cash flow to almost $4.4bn in the fourth quarter, compared with a target of at least $2.5bn, allowing the company to return to positive cash flow for the full year, 12 months ahead of schedule.

Shares in the group were up 6 per cent at $11.64 in mid-morning trading in New York, taking them back to their level a year ago before GE began to feel the effects of a pandemic that took a particularly heavy toll on its aircraft engines business.

“I think we’ve done a tremendous amount to stabilise and de-risk,” Mr Culp told the Financial Times, pointing to the fact the company had cut $16bn from its debt in 2020. “There’s more to do but that’s a lot of financial de-risking. Hopefully the speculation about our potential demise is fading.”

The rebound in GE’s stock since the 30-year low it hit last May has unlocked a potential $46.5m bonus for Mr Culp. Unions have attacked the board’s decision to change terms in Mr Culp’s 2018 contract so that he could earn the bonus in 2024 if GE’s stock traded above $10 rather than the original $19 target.

Mr Culp pushed back at the criticism on Tuesday, telling the FT that agreeing to the board’s request to extend his contract last August “required a bit of soul-searching on my part, given what I’d agreed to initially”.

“I didn’t take a salary last year once Covid hit. I think we all sacrificed,” he said. “That contract extension was long term and performance-based. To characterise that as a big cheque I’m taking home at the end of 2020 is at odds with the facts.”

GE’s adjusted earnings for the quarter were down 60 per cent at 8 cents per share, while its preferred measure of industrial organic revenues dropped 14 per cent. Its power, renewable energy and healthcare divisions all reported improved profit margins.

For 2021, the group forecast organic revenue growth “in the low-single-digit range”, an improvement in industrial profit margins of 250 basis points or more and adjusted earnings per share of 15 to 25 cents. Industrial free cash flow should reach $2.5bn to $4.5bn, it said, compared with market expectations of about $3bn.

GE cut more than $2bn from its cost base in 2020 including thousands of job losses in the aviation business, which supplies Boeing and has been hit by the grounding of flights around the world during the pandemic.

Aviation orders were down 40 per cent year-on-year in the fourth quarter but GE said the division had come close to generating positive free cash flow in the period. Its healthcare division, which reported a surge in demand for ventilators and monitors for Covid-19 patients earlier in 2020, was experiencing the return of more normal demand patterns, Mr Culp said.

He added GE had ended the year with an order backlog of $387bn, down 4 per cent year-on-year but heavily skewed towards services, where it makes its highest profit margins. – Copyright The Financial Times Limited 2021