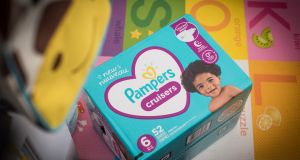 Procter & Gamble has lifted its full-year sales and profit forecasts after a global boom in house cleaning extended into the autumn, with shoppers willing to pay for brand-name household goods despite the downturn.

Changes in customer behaviour during the pandemic benefited P&G long after pre-lockdown stockpiling, allowing the consumer goods bellwether behind Bounty paper towels, Ariel detergent and Fairy washing-up liquid to generate $19.3 billion in net sales in the three months to the end of September – 9 per cent more than a year ago on an organic basis.

Consumers spending a greater amount of time at home and preparing more food themselves are washing clothes and dishes more often and using more toilet paper. Coronavirus has also made them more hygiene-conscious, further fuelling demand for cleaning products.

The biggest sales rise was at P&G’s fabric and homecare division, whose brands include Bold laundry products and Cascade dishwasher detergent.

In contrast to earlier quarters, organic sales rose at each of P&G’s five main divisions - including grooming, where they advanced 6 per cent.

P&G increased its targets for the full year after it produced net income of $4.3 billion in the quarter, up from $3.6 billion in the same period a year ago.

It expects organic sales in its financial year to rise between 4 and 5 per cent, higher than a previous forecast of between 2 and 4 per cent. – Copyright The Financial Times Limited 2020