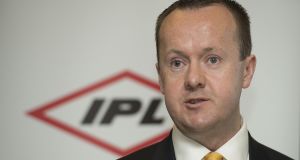 Led by chief executive Alan Walsh, IPL Plastics has factories in the Republic, Canada, the US, the UK, Europe and China. Photograph: Dave Meehan

Madison Dearborn looks poised to buy IPL Plastics after the Irish-Canadian manufacturer’s shareholders backed a €356 million sale to the US investor.

IPL confirmed on Monday that holders of 99.95 per cent of its shares voted to accept Madison’s Can$555 million (€356 million) offer for the company.

The vote makes IPL’s sale to the $26 billion US dollar venture capital and private equity giant a near certainty.

IPL said it would apply to the superior court of Quebec on September 29th, one of the final stages in getting the deal approved.

“Assuming the satisfaction of these closing conditions, the transaction is expected to close by mid-October 2020.”

IPL has a number of Irish shareholders, including businessman and solicitor Noel Smyth’s Fitzwilliam Finance Corporation, a company linked to beef processor Larry Goodman and several co-ops, including Kerry.

The deal will end speculation about the future of IPL, which had been earmarked as a possible takeover target in May as the value of its shares on the Toronto Stock Exchange declined.

Chicago-based Madison Dearborn agreed to pay Can$10 per share for IPL in July.

A so-called “go-shop” clause in the agreement between the pair, that allowed IPL to seek a better offer before proceeding with the deal, failed to produce an alternative bid.

Led by chief executive Alan Walsh, IPL makes everything from wheelie bins to yoghurt cartons. The company has factories in the Republic, Canada, the US, the UK, Europe and China.

Once called One51, the company offered its shares for Can$13.50 when it first floated on the Toronto Stock Exchange in June 2018, raising €120 million.