Cantillon: Despite rising salaries, prices in Republic over 27% higher than EU average 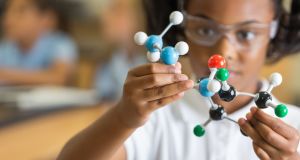 Engineering employers are reporting skills shortages as the main barrier to growth within the sector. File photograph: iStock

You’d be forgiven for thinking the State’s efforts to sign up young people to careers in the areas of science, technology, engineering and mathematics (Stem) were unsuccessful given the public pronouncements of influential lobby groups in the area.

But figures from the Central Statistics Office (CSO) put paid to that myth, showing that we had the highest number of Stem graduates per head in the 28 European Union countries in 2017.

That appears to tally with figures from Engineers Ireland which said it has reported a 48 per cent increase in entrants to civil and building engineering courses in higher education over the past five years. Yet the sector’s representative body also said that more than 94 per cent of engineering employers are reporting skills shortages as the main barrier to growth within the sector.

That figure is all the more startling given salaries are up 21 per cent to €33,750 in the same five-year period.

So what’s going on here?

Well, another statistic in Wednesday’s CSO report may provide a clue. According to the data, consumer prices in the Republic were 27.3 per cent higher than the EU average and the second highest in the EU in 2018 after Denmark.

Such high costs may well mean that the old reliable career paths, such as engineering, are no longer sufficiently financially attractive to graduates.

It could also simply be the case that the science, technology and mathematics areas are hoovering up the best candidates emerging in this field.

That the E in Stem is being left behind could be viewed as troubling, especially given the State’s grand ambitions for new infrastructure.

But the Government deserves plaudits for its success based on the figures published by the CSO. So, rather than call out funding levels and “inadequate resourcing” as it did just last year, perhaps the engineers should look more to how they can help themselves. Because for once, this doesn’t look like a problem of the Government’s making.