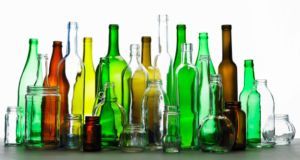 Ardagh reported revenue of €1.3 billion for the second quarter, up 2 per cent on the €1.28 billion announced for the same quarter last year

The Ardagh Group, the Luxembourg-based packaging giant run by Paul Coulson, has announced a €51 million pretax profit for the six months ended June 30th compared to a €267 million loss for the same period a year earlier.

However, the 2014 figures included significant exceptional items. Excluding those exceptional items, figures for the three month period in 2015 showed a pretax profit of €63 million as against €52 million for the same period a year earlier.

Ardagh reported revenue of €1.3 billion for the second quarter, up 2 per cent on the €1.28 billion announced for the same quarter last year. Half-year revenues totalled €2.51 billion as against €2.22 a year earlier.

Ardagh Group, which has its origins in the Irish Glass Bottle Company, is a supplier to many of the world’s major food, beverage and consumer care brands, with operations in 21 countries and a workforce of almost 19,000 people. Customers include John West, Heineken and AB Inbev, owner of Budweiser.

Second quarter earnings before interest, tax, depreciation and amortisation (ebitda) increased 15 per cent over the same period in 2014 to €249 million.

Operating cash flow in the second quarter was €144 million, an increase of €40 million over the same period in 2014

Revenue in the group’s glass division totalled €814 million for the quarter, up 12 per cent compared with pro forma revenue for the same three-month period a year earlier, but down 2 per cent at constant currency. The division’s North American revenues of €453 million was up 22 per cent on a pro forma basis but down 3 per cent on a constantly currency basis. Glass Packaging Europe revenue rose 1 per cent to €361 million compared with the same period in 2014 and was 2 per cent lower at constant currency.

In the metals division, which is due to be floated on the New York Stock Exchange later this year, revenue of €489 million increased by 12 per cent on a pro forma basis and by 8 per cent at constant currency. Revenue growth was attributable to the group’s new North American plants, which began commercial operations earlier this year.

During the six months to the end of June, Ardagh completed its acquisition of Verallia North America and sold off six former Anchor Glass plants and related assets. Ardagh also completed the sale of two peripheral businesses in Australia/New Zealand and Samoa in order to focus on its glass and metal operations in Europe and North America.

1 I want to change my will quickly in case I fall ill. Do I need a lawyer?
2 Coronavirus: Property rental in the jaws of the epidemic
3 BidX1 offers 100 properties for sale in latest auction
4 Firms in row with Irish Distillers must provide €1m in security
5 Facing economic meltdown ... and nothing wrong with our economy
6 EU finance ministers hold marathon talks to overcome eurobonds split
7 German fund closes €93m Harold’s Cross build-to-rent deal
8 Aviation lessors experience extreme turbulence
9 Collison brothers worth an estimated €2.9bn each
10 Ten of the most mysterious aircraft disappearances
Real news has value SUBSCRIBE