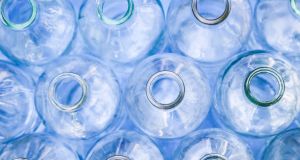 Ardagh Group will use the proceeds of the bond sale to buy back dollar- and euro-denominated debt due to be repaid between 2019 and 2022. Photograph: iStock

Multinational packaging group Ardagh expects to cut €22 million off its annual interest bill of €400 million after moving to refinance part of its €7.2 billion debt.

The group, led by Dublin financier Paul Coulson, plans to use the cash raised to repay about €2 billion in debt due between 2019 and 2022 that has interest rates of up to 6.75 per cent.

Ardagh said on Monday that the refinancing would cut €22 million a year from its interest bill, which is in the region of €400 million. It also means the group will not have to repay any element of its debt before 2021.

The group originally said it would raise $1.9 billion, but demand for the bonds prompted it to increase this to $2.2 billion.

The group will pay the holders of these bonds $272.75 million, which will include a premium of $5.3 million and unpaid interest of $2.45 million.

Ardagh owes creditors a total of €7.2 billion, about 5.4 times its earnings. As the group this year aims to earn €1.4 billion before interest, tax and write-offs, it will cut that ratio to five times.

Last year’s purchase of a number of drinks can manufacturing plants in the UK and United States, owned by rivals Ball and Rexam, which sold the factories to appease competition regulators, will help boost earnings.

Mr Coulson indicated the group was happy with lenders’ response to its bond issue and said the low interest rates reflected “our strong position in attractive end-markets, as well as our record of growth in earnings and cash generation”.

Ardagh makes bottles and cans for the global food, drink and consumer goods industries. Its customers include Budweiser, Coca-Cola, John West and L’Oréal. It employs 23,000 workers in 110 factories.

The bond sale was designed to cut costs ahead of a planned offering of 5 per cent of its shares on the New York Stock Exchange later this month, which should raise about $250 million and value Ardagh at €5 billion.

Monday’s bond sale comprised €750 million in senior secured notes due in March 2024 at 2.75 per cent. It is understood this is a record low interest rate for a company with a “B” credit rating, which ranks below investment grade.

The bonds also included $715 million senior secured notes due in September 2022 at 4.25 per cent, which Ardagh intends to swap into euro with a fixed interest cost of about 2.2 per cent.

Ardagh has refinanced large parts of its debt in the past year, starting with a $4.5 billion bond sale last April to pay for the Ball and Rexam acquisition to date and repay what was some of its most expensive debt.

The $3.4 billion Ball and Rexam purchase will be central to Ardagh’s investment case as it seeks to raise €250 million from investors in New York.