Meet the Irish-born venture capitalists flying home for the event 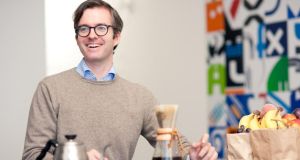 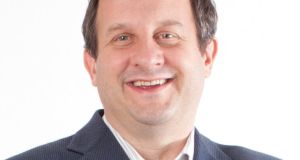 If the Web Summit is an X Factor for start-ups, then the venture capitalists are its Simon Cowells and Louis Walshes.

More than 700 investors – with wallets at the ready – will attend this week’s technology conference in the RDS where more than 2,000 start-ups will vie for their attention. Two investors heading to the Dublin event told us what they look for in an entrepreneur and what gets them to hand over millions on the back of a good idea.

“We look at the team when we are investing. We like them to be crazy maniacs with an unrealistic vision to conquer the world. Slick businessmen we don’t want. They are not very suited to start-ups,” he says.

O’Leary is flying in to his native Dublin this week to attend the Web Summit. His company has €300 million in funds to invest over the next two to three years so he is on the hunt for start-ups with huge potential.

“I will try to be undercover, mixing with the crowd and gathering intelligence. I will then hone in on something I like,” he says.

“I don’t like to invest in business cases and business plans. I invest in the DNA of start-ups. There is a corny investor saying that it’s better to back a great team with a bad idea than a bad team with a great idea, as it’s always the team that will make a difference.”

O’Leary joined Earlybird in 2009 as a senior associate and was promoted to partner in January 2012. Prior to that he worked at the Carlyle Group and Lazard.

“Most people don’t say ‘I’d like to be a venture capitalist’. They fall into the role accidentally. There is no set path to becoming an investor.

“In our industry small and agile is beautiful.”

Earlybird has €1 billion in assets under management and has invested in companies such as Carpooling. com, Peak Games, Kiwilogic, Wunderlist and Auctionata, the biggest online auction site for arts and antiques.

“The truth that venture capital guys don’t [tell you] is that a great team and a bad market lose. In a so-so market, a great team can get you your money back. The market and opportunity determines how big that prize will be. The team determines your ranking for that prize,” says O’Driscoll.

The Clare man emigrated to the US in 1991 with $200 (€160) in his pocket. “I got a job in Forest Lawn Cemetery in Glendale for six months. I was doing the accounts. I then moved to Bank of America where I did corporate mergers and acquisitions work before moving into venture capital.

“Out of the first five [investment] deals I did in 1996, I lost money on three and it was very nearly four. I nearly lost my job. I became a more cautious investor as a result, which meant I survived the dotcom crash.”

O’Driscoll co-founded Scale Venture Partners in 2000. Since then the firm fund has raised $1.5 billion to invest in dozens of companies.

“We are focused on business software . . . business technology has more billion dollar exits than consumer technology.”

Among the companies he has invested in are Omniture (which sold to Adobe for $1.8 billion in 2009), Box, Docusign, Chef and ExactTarget (which Salesforce acquired for $2.7 billion).

“We have a fund of about $300 million to invest. Our primary focus is typically companies with a reasonable amount of customers. We help them scale – thus the name Scale Venture Partners.”