Quantum computing: the power to think outside the box

From chemicals to banking, the technology promises to revolutionise computing 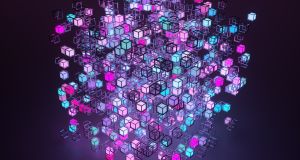 Quantum machines, which tap into the weirdness of quantum mechanics – a branch of physics that deals with the behaviour of sub-atomic particles – are a long-held dream in the tech world. Illustration: Maciej Frolow/Getty Images

As a keen player of the board game Go, Mark Griswold was enthralled by the 2016 contest between the world’s top player and a computer – a milestone in the history of artificial intelligence. He still recalls move 102 in the opening game with awe. The computer, developed by the Alphabet subsidiary DeepMind, placed a white piece in a position that surprised even the experts.

It turned out to be a stroke of genius that human players would have had trouble planning, and a key moment in a contest that resulted in the victory of machine over man.

People are limited in the range of possibilities they can perceive and analyse, forcing them to think inside “boxes”, he says now. “We humans are innovative – we do get outside our boxes. But we can’t do it at the rate that computers can.”

A professor of radiology in Cleveland, Ohio, Griswold has just had his own encounter with a computer that thinks outside the box. The machine in question: one programmed to simulate the behaviour of a quantum computer, a technology that could revolutionise computing.

Humans rely on a mix of experience and intuition when tackling a problem too complex for them to analyse completely, he says. In his case, that involves adjusting the settings on an MRI machine to get the best possible scan from any particular situation – something he compares with coaxing the best sound from a musical instrument.

After only a few weeks of experimenting with quantum technology, however, Griswold says he has already seen a computer come up with MRI results that have exceeded those of his own expert “feel” – much as the DeepMind machine came up with the unexpected on the Go board.

It is, he claims, an intimation of a new era, when quantum computers challenge much of what we think we know about the world.

“We’re going to see these things all the time, that are against our intuition. It’s so overwhelming we can’t understand it, we don’t know how much power is there,” says Griswold.

Quantum machines, which tap into the weirdness of quantum mechanics – a branch of physics that deals with the behaviour of sub-atomic particles – are a long-held dream in the tech world. By harnessing properties that extend beyond the limits of classical Newtonian physics, they hold the promise of exponential gains in computing power.

After decades in the labs, the technology is starting to make the transition from science experiment to rudimentary prototype, sparking interest in fields as diverse as chemicals and banking, and prompting research efforts at companies stretching from Samsung to Daimler-Benz and JPMorgan Chase.

According to tech groups such as IBM and Microsoft, as well as specialist start-ups such as Rigetti Computing, the first real benefits from quantum computing could be seen within five to 10 years – a timeframe that raises tantalising possibilities for the companies that hope to be first to harness the technology.

JPMorgan Chase began committing some of its research effort to quantum computing two years ago. Asked if being one of the first in the field would bring clear advantages over rivals, Bob Stolte, a managing director at JPMorgan’s corporate and investment bank, says, “I think there could be, potentially,” though he cautions: “It’s too early to say that.”

The results could far exceed even the most high-powered AI systems of today. Referring to the specialised chips, called graphics processing units, used in many of today’s most advanced machine learning systems, Stolte says: “If you weren’t limited to the number of GPUs you can get in a data centre, what problems would you be able to solve, and what products would you be able to offer customers?”

The first involves analysing the natural world, using computers to model the behaviour of molecules with the kind of precision that today’s computers could never match.

“Nature is quantum mechanical, so if you have a computer that worked on quantum principles, it would be mapping apples to apples,” says Bob Sutor, a researcher at IBM. Compared to current computers, which have to make approximations when trying to model the behaviour of sub-atomic particles, quantum machines could do it precisely.

Ilyas Khan, chief executive of Cambridge Quantum Computing, a start-up that is designing applications for the technology, suggests that one of the first sectors to benefit will be the chemicals industry. The massive increase in computing power will enable the discovery of new materials, he says.

The numbers, however, do not tell the full story.

Today’s quantum bits (or qubits) are unstable – they only hold their quantum state for a tiny fraction of a second – and, as increasing numbers are linked together, unpredictable interactions between them lead to high error rates. Learning how to coax results out of these “noisy” systems is already a huge challenge, and scaling them up to computers of 100 qubits is far beyond today’s capabilities.

The promise of being able to handle simple molecules is close enough, though, that chemicals companies have been among the first to start experimenting with the technology.

Quantum computing is also expected to bring early benefits to machine learning. Rather than simply adding more raw computing power to speed up the training of today’s machine learning systems, the technology is well suited to tackling particular problems that present a challenge for traditional computers, says Peter Wittek, an assistant professor at the University of Toronto.

“The real question is not so much speed-up, but whether they can give you a qualitative advantage with certain models,” he says.

A third area of focus involves complex optimisation problems that have too many variables for today’s computers. This is the case with Griswold’s MRI machines. Using a technique known as quantum annealing, optimisation problems are turned into the equivalent of a 3D landscape, comprising mountains and valleys: the challenge is to find which point is the lowest.

Though each of these classes of quantum calculation seems narrow, together they could cover a range of real-world problems, making the technology more broadly applicable in its early years than might at first seem apparent. The new systems should be able to tackle any difficult mathematical problems that can be translated into a form that the specialised quantum algorithms can handle, says Sutor.

Yet the technology is in its infancy, and the entirely new field of computer science needed to harness the power of the machines has yet to be developed. Dan McCaskey, a researcher at the US energy department’s Oak Ridge National Laboratory, compares the current state of the art to the first efforts to program classical computers in the 1950s and early 1960s – though he adds that “the field is moving very fast”.

“It’s not as universal as classical computing,” he adds, echoing a cautious view held by others in the field. “Personally I think this will be a technology that will be available for very specific problems.”