Creative advantage of youth an age-old question in science 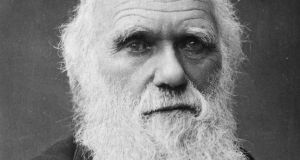 Charles Darwin was 40 by the time he was ready to publish ‘On the Origin of Species by Means of Natural Selection’. Photograph: Richard Milner Archive

From which generation do the best ideas come from: the young or the old? Are older people more innovative or do younger generations lay claim to this prize? Some would argue that with maturity comes experience and wisdom, opening the way to better ideas. Others might say that the younger mind, unencumbered by prejudice and past assumptions, will come up with game-changing innovations from a deeper well of creativity.

Many great scientific advances seem to back the idea of the young being better innovators. The great physicist Albert Einstein provides a powerful argument in support of this view. He is widely regarded as the greatest scientist who ever lived and he made spectacular discoveries when he was still a very young man.

In 1905 he published four important scientific papers one of which later won him the Nobel Prize. By the time the last was released during what is known as the “wonder year” Einstein was still only 26.

Mathematician John Nash, the subject of a 2001 film A Beautiful Mind, was even younger. He was only 22 when he completed his PhD with a dissertation that in 1954 earned him a share of a Nobel Prize in Economic Sciences.

The discoverers of the structure of our genetic blueprint, DNA, James Watson and Francis Crick published their research paper in 1953 which revealed this hugely important finding and not unexpectedly they received the Nobel in 1962. When the paper was published Watson was just 25 while his research partner was a bit older at 37, far from being considered an older man.

If the 30s are considered “young” – and most individuals in that age bracket would certainly concur – then Ireland’s greatest mathematician scientist, William Rowan Hamilton, can be added to the group. He certainly had a powerful mind and is reputed to have spoken 13 languages including European and near Eastern languages when only 13.

He developed a new kind of algebra called quaternions and as the story goes the inspirational spark that revealed the concept occurred while on a walk along the Royal Canal in Dublin. The location where this spark hit is even known, Broome Bridge, with this stroke of genius occurring in the autumn of 1843 when Hamilton was 38.

The distinction between young and old, mature and immature, fully formed and formative can readily be made to blur, however, depending on which scientist you choose.

Charles Darwin studied plant and animal life while on a five-year scientific cruise aboard HMS Beagle, an expedition that later allowed him to advance his ground-breaking theory of evolution. He was still just 27 when he arrived back in Britain but he was interested in a wide range of scientific disciplines including geology, zoology and others and his first paper released in 1837, the year of his return was geological not biological.

He moves into an older camp, however, by the time he was ready to publish, at age 40, On the Origin of Species by Means of Natural Selection, or the Preservation of Favoured Races in the Struggle for Life. He was all of 62 when he released his second ground-breaking work, The Descent of Man and Selection in Relation to Sex in 1871.

So who wins the argument? Which group, young or old, is the most creative or innovative? The goalposts keep shifting on this one, unfortunately. The long-held assumption that you cannot teach an old dog new tricks has long been disproved, if not in dogs then certainly in humans.

The ageing mind retains its plasticity, its capacity to learn and invent does not calcify and shut down as long assumed, unless a person allows their brain to become dormant. Learning lasts a lifetime but, like any muscle, you must keep your mind busy and open to new challenge. This is not just sage advice, it is based on facts, on experimentation and data.

And it seems that the the number of 30-year-old Nobel prize winners has been in decline, not because any reduction in cleverness but because it takes longer for scientists to complete the kind of work needed to acquire a Nobel.

Bruce Weinberg of Ohio State University published a study in the US Proceedings of the National Academy of Sciences in 2011 that showed it is getting rarer to see breakthrough work being delivered by scientists under 30. The average age at which physicists do their Nobel-winning work is now 48, Weinberg and his research collaborator Benjamin Jones of Northwestern University found.

So who do you hire if you want fresh thinking and novel ideas? Who is more likely to deliver real innovation? Being young does not guarantee the capacity to innovate and being mature does not always mean experience will deliver the goods. But from whichever source, there is no doubting what a really innovative idea looks like.