Hosting Amazon's HQ may incur a bill not worth paying 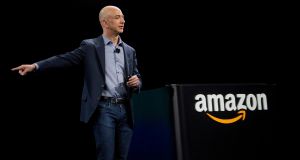 In January, Amazon announced its “finalist” list of North American 20 cities – out of an original 238 applicants – that remain in the running to become the online mammoth’s second headquarters (or “HQ2”).

In an announcement last year seeking such urban marriage proposals, Amazon posted its own business version of a match.com profile.

Benefits to the blushing new HQ2 would be a promised $5 billion investment, “as many as 50,000 high-paying jobs”, the construction jobs needed to build a tech micro-city within a city, and an ongoing economic boost.

Excited suitors spent the following months preening and displaying their dowries, in the form of, potentially, billions in taxpayer-funded inducements such as taxation benefits, capital expenditures, and gimmicky displays worthy of a cheesy matrimonial reality show.

Surprisingly, some have been shocked – shocked! – to discover the cities are so willing to lay out such inducements

For example, the city of Phoenix, Arizona, sent a 20ft saguaro cactus (the Roadrunner cartoon type with upraised arms and spiky thorns) to Amazon’s Seattle headquarters – though one might think the item would be found wanting as a metaphor for a close conjugal relationship.

Many commentators criticised the craven kowtowing to the $744 billion market cap giant, owned by Jeff Bezos, a man who, at a net worth of approximately $127 billion, weighs in at the collective value of 2.3 million Americans.

Surprisingly, some have been shocked – shocked! – to discover the cities are so willing to lay out such inducements. Perhaps because it is embarrassing to discover that the nation that has complained so vociferously about tax and other enticements offered by the likes of Ireland to attract big American corporates is actually up to the same thing on its own state and urban scale.

Of course, these come-hither baits and lures have always been a part of city, state and national campaigns to bring in corporate investment. The only difference here is Amazon’s decision to make it a public display of affection.

But why would it make such a choice? The company asked that question of itself in its announcement of the competition. “Why is Amazon choosing its second headquarters location via a public process? We want to find a city that is excited to work with us and where our customers, employees and the community can all benefit.”

Which isn’t really an answer. All those cities would make the same appeals behind closed doors too – in other words, in the business-as-usual way these things are done. All that seems to be gained from an open competition is embarrassing city videos, one city’s vow to rename itself Amazon (that was Stonecrest, Georgia) and some minor public recoil at seeing how the business sausages are actually made.

For the most part, reporting on this beauty pageant has been gushing and breathless, especially as the finale grows closer. A few outlets, such as Business Insider, have confidently predicted the last city standing will be Washington DC.

The Washington Post, meanwhile, had some fun recently listing all the stretch-of-the-imagination reasons why various cities must, just must, be the finalist. These include parsing Amazon’s recent Super Bowl ad for clues (the ad opens with a woman brushing her teeth while her Alexa device gives her the local weather for.. . Austin, Texas! It must be Austin!)

When did people start to believe that large corporate HQs anchor innovation ecosystems?

Some seem intent on spoiling the HQ2 party, though. Countering Amazon’s list of benefits that would accrue to the chosen city, quite a few commentators have observed there are likely to be significant downsides to acquiring such a massive project.

These will be all too familiar to other global cities that have become technology centres, including Dublin. Cons include the pressure that will be inevitably placed on every aspect of city and suburban – even regional – infrastructure.

Many of those 50,000 new jobs will go to people who will need to find housing. House purchase and rental costs will inevitably start to rise, as an influx of people on higher salaries meets a likely housing shortage.

Public transport and roads will struggle to cope with 50,000 more employees going to a specific area of the chosen city. And traditional neighbourhoods will come under threat as they grow too expensive for existing communities.

And, as prominent US urban studies theorist Richard Florida recently noted in a tweet, having a tech HQ doesn’t a booming new tech hub make.

“When did people start to believe that large corporate HQs anchor innovation ecosystems? Plenty of HQ cities have undeveloped ecosystems. Even with Amazon, it is but one component of Seattle ecosystem, which lags far behind Bay Area, NY, Boston etc,” he tweeted.

Still, the circus will continue until the – lucky? – bride is chosen later this year.