Pretax profit rises to $3.03 million from $1.6 million as turnover falls 2 per cent 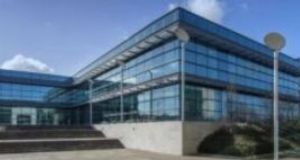 Trinity Biotech said the turnover decline was from lower HIV sales in Africa.

Irish-headquartered Trinity Biotech has booked its second multimillion-dollar impairment charge in under three years as it announced a slight drop in full-year sales due arising from lower point-of-care revenue.

The medical diagnostics company on Thursday reported full year sales of $97 million (€86.3 million), down 2 per cent compared with the $99.1 million recorded in 2017. It attributed the decline to an 11.6 per cent drop in point-of-care revenues, which feel to $14.8 million from $16.8 million a year earlier.

Trinity Biotech said the turnover decline was from lower HIV sales in Africa with the company seeing “erratic ordering patterns” and overstocking by a major customer a year earlier.

Clinical laboratory revenues for the group were flat at $82.2 million.

Trinity develops, manufactures and markets diagnostic systems for the point-of-care and clinical laboratory segments of the diagnostic market. Its products are sold in more than 110 countries and it employs more than 500 people.

The company, which is listed on the Nasdaq, reported an impairment charge of $25.2 million in its latest results. It said this was due to a number of factors including increased volatility in its share price, a decline in its market capitalisation, and the inclusion of more up-to-date cash flow projections and net asset values.

Trinity previously booked an impairment charge of $56.7 million in the fourth quarter of 2016 relating to costs incurred on its Meritas project and the closure of a facility in Sweden.

Chief executive Ronan O’Caoimh said the company was continuing to see growth in in its diabetes and autoimmunity product lines, both of which grew solidly during the year.

Total revenues for the fourth quarter were $24.5 million, up 0.1 per cent compared with the same three months a year earlier.

Point-of-Care revenues increased by 5.8 per cent to more than $4 million during the quarter while clinical laboratory turnover fell 1.2 per cent to $20.5 million from $20.7 million.