The root of private healthcare’s malaise 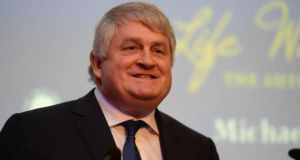 You could be forgiven for thinking that private medical care is not in the best of health these days. Yesterday, Beacon Medical Group took operational control of the hospital of the same name in Sandyford, Dublin, from University of Pittsburgh Medical Center. The move follows Denis O’Brien’s purchase of the Beacon, which was unable to settle a €100 million debt due to Ulster Bank.

Earlier this week, VFM Healthcare invited Bank of Ireland to appoint receivers to its St Francis Private Hospital in Mullingar, Co Westmeath. It is understood to owe the bank about €3.6 million. Both it and the Beacon will remain open.

Meanwhile, the former Mount Carmel hospital, sitting on a plum site in a prosperous south Dublin suburb, is up for sale. Developer Gerry Conlon bought it with a €60 million loan from AIB back in 2006.

The debt ended up on the National Asset Management Agency’s books. It announced its closure last year after €10 million of taxpayers’ money failed to keep it out of the red. Mount Carmel is on the market with a guide price of €12 million and could reopen as a private hospital or be redeveloped as housing.

All this traces back to efforts by the Fianna Fáil-PD coalition, in power in the early years of the century, to attract private money into various parts of the health system. To do this, it used the property-based tax breaks that it believed were a panacea for all political ills. The result is a debt crisis in private healthcare to accompany the funding crisis in public healthcare.

Taxpayers, whether private or public patients, will ultimately pay to clean up the mess. However, if you have health insurance, it might be worth asking how much of what you are charged goes on paying off property debts rather than on the care you or your dependents receive.