Older drug brands from GlaxoSmithKline and Sanofi among those being targeted 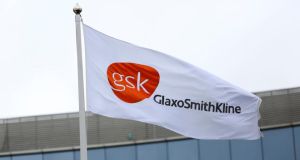 GSK said last week it had received “very significant” indicative bids from private equity companies and midsized drugmakers in a portfolio of mature products with annual sales of about €1.25 billion.

Sanofi, meanwhile, is considering the sale of about 200 older drugs with annual revenues of at least €2.1 billion. Those assets alone have an enterprise value of €6.3 billion, according to internal Sanofi documents leaked by a labour union last month.

Other private equity groups to have shown an interest in one or both of the portfolios include Blackstone, Advent, Apollo and Bain Capital, said people close to the matter.

The concept of rolling the two sets of assets together is still at an early stage as Sanofi is yet to make a firm decision on what to do with its portfolio.

However, work is being done by potential bidders on a potential combination, those people added.

Mylan of the US and Lupin of India are among potential trade buyers to have been linked with one or both of the GSK and Sanofi businesses. Mylan this month struck a $5.3 billion (€3.9 billion) deal to buy a portfolio of generic drugs from Abbott Laboratories.

GSK and Sanofi declined to comment. The pair are being advised by Lazard and Evercore respectively. – (Copyright The Financial Times Ltd 2014)