One of North’s largest construction groups lands contracts worth £60m 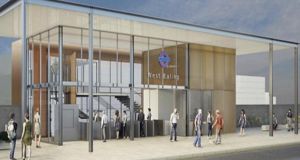 One of the North’s largest construction groups has landed two contracts worth a total £60 million that will see it play a major role in both the largest infrastructure project in Europe and a significant investment project in the North.

Network Rail, which is building the new Crossrail infrastructure project in the UK, has awarded Co Down-headquartered Graham a £46 million contract to construct two new stations and remodel another.

Graham, which is privately owned, will construct the new stations along the Elizabeth railway line in West Ealing and Acton Mainline, and remodel the Ealing Broadway railway station.

Jonny Kerr, rail director with Graham, said the company was “delighted to have been appointed to this nationally important infrastructure project that will help transform rail transport” in London and the southeast of England.

According to Mark Wild, chief executive of Crossrail, London needs the Elizabeth line completed “as quickly as possible, and brought into service for passengers”.

“It is very encouraging that Network Rail are now able to award these remaining station contracts which form an important part of their remaining work on the Crossrail project. These station upgrades are vital to supporting the increased numbers of passengers who will use these stations once the Elizabeth line is fully open.”

Graham is expected to start work on the Crossrail project shortly, with a completion date scheduled for late 2020.

Meanwhile in Northern Ireland, Belfast Harbour said it planned to invest £15 million to redevelop Victoria Terminal 2 which services the Belfast-Liverpool route, and that it has awarded the contract to Graham.

The project, which will support 100 jobs, will involve the construction and installation of new ramp infrastructure that will facilitate the next generation of modern roll-on/roll-off ferry vessels, including Stena Line’s new E-Flexer ships.