Cantillon: The pharmaceutical firm has begun sounding out potential investors 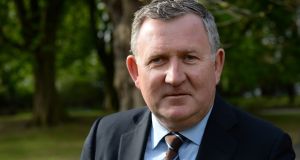 Ger Rabbette, chief executive of Uniphar: His twin-track programme of cost-cutting and deal-making, so far this decade, appears to be paying dividends. Photograph: Dara Mac Dónaill / The Irish Times

Technology initial public offerings (IPO) have been grabbing the headlines internationally in recent times, with ride-hailing group Lyft, digital scrapbooking company Pinterest and video conferencing software developer Zoom having taken advantage of rebounding equity valuations to rush to market in the past month.

Meanwhile, Uber has set its sights on a $100 billion (€89.6 billion) valuation as it prepares to float next month in the most eagerly anticipated Silicon Valley IPO since Facebook debuted in 2012.

But closer to home, a much more staid business – pharmaceuticals wholesaler and retailer Uniphar – is carrying the hopes of the Dublin market, with the company having begun to sound out potential investors for an IPO that could raise €150 million.

A transaction could take place by the end of July, ending a mini drought on Euronext Dublin, formerly known as the Irish Stock Exchange, that saw a raft of companies postpone flotations late last year as markets tumbled.

Uniphar, formed through the 1994 merger of United Pharmacists Co-op and Allied Pharmaceutical Distributors, saw its earnings before interest, tax, depreciation and amortisation (ebitda) double last year to €40 million as chief executive Ger Rabbette’s twin-track programme of cost-cutting and deal-making, so far this decade, appears to be paying dividends.

With listed peers trading on an average enterprise value (EV) – including debt – of about 12 times ebitda, this would point to an EV of about €480 million on the business.

Caveats, of course, include the fact that IPOs are typically priced at a discount, and last year’s figures benefitting only in the past few months of 2018 from recently acquired healthcare distribution business of Sisk Group.

But unlike tech unicorns – privately held start-ups valued at more than $1 billion – that are stampeding onto the US stock market, the valuation arrived at for Uniphar will be a bit more grounded in reality.

Irish companies that delayed IPO plans late last year – including property and hospitality company Tetrarch, a homebuilder called DRes, and a retail real-estate investment trust being set up by Sigma Retail Partners and US investment firm Oaktree – will be watching closely.