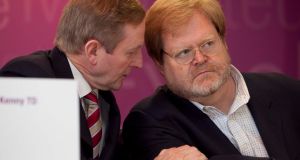 Irish specialty pharma group Jazz has been selected as one of banking giant Barclays stock picks for 2017. The shares, which dipped 20 per cent on the Nasdaq in what was a challenging year for the pharmaceutical and healthcare sectors, finished 2016 at $109.03.

Barclays has set a $200 price target for the shares in Jazz, which would require a 92 per cent jump on their current value. That makes it the second most challenging target on the bank’s list of favoured US-listed stocks.

On the downside, it sees the company’s shares faring no worse than a price of $95, 13 per cent lower than its end-2016 level.

Analysts generally are tipping a stronger year for healthcare and pharma stocks in 2017.

Barclays bases its optimism for the company on a view that Xyrem is less likely to face generic competition than many in the market currently expect and in what it sees as a strong pipeline.

It notes that Defitelio sales will receive a boost from an impending launch in the US market and its analyst Douglas Tsao expects a leukaemia drug, Vyxeos, will also secure FDA approval.

The company subsequently leased new office space on Dublin’s Waterloo Road as it looks to expand its Irish presence. It employs about 100 people in Ireland but plans to add a further 50 over the next couple of years.