Negotiations between the two companies had ended earlier this month 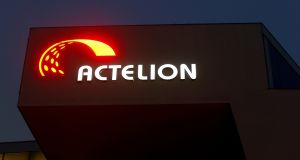 Johnson & Johnson is negotiating a deal to acquire Swiss biotechnology company Actelion Ltd that would separate Actelion’s commercialised portfolio from its research and development (R&D) assets, sources said on Thursday.

This deal structure would allow J&J to acquire Actelion with a cash offer in the region of $260 (€248) per share, a little more than what it had offered when it walked away from negotiations earlier this month, while allowing Actelion shareholders to benefit further financially from Actelion’s R&D pipeline, the sources said.

A deal could be finalised by late January, the sources said, cautioning that negotiations could still end without a deal.