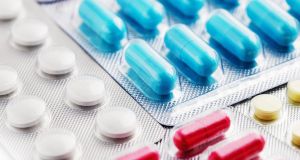 In the 18 months since listing on the Alternative Investment Market, Diaceutics has seen its business grow.

Irish data analytics company Diaceutics has raised a further £4 million (€4.45 million) in financing as it seeks to grow overseas.

The Belfast-based company raised the money from Silicon Valley Bank, marking an increase from the last term agreed between the two organisations for 2018-2019, when £2.5 million was raised.

The funding will be used to support the company’s increased working capital requirements over the next three years, supporting its global expansion and accelerated product development, including its €26 million DXRX diagnostic platform. DXRX aims to support the use of precision medicines, helping to get precision drugs to more patients who will benefit from them.

“We are delighted to secure this funding from SVB which will help to streamline the launch of precision medicine drugs by ensuring that laboratories are ready to accurately and efficiently test for each new drug on the day that it is launched,” said Philip White, chief financial officer, Diaceutics.

“SVB has always been hugely supportive of our vision to make this a reality and help patients to benefit from better testing and better treatment. We look forward to seeing what the next three years hold, with their backing.”

In the 18 months since listing on the Alternative Investment Market, Diaceutics has seen its business grow. The company said 2019 revenues increased 30 per cent to £13.4 million (€14.9 million), with gross profit growth of 52 per cent to £1.3 million (€1.4 million).

Diaceutics said earlier this month it had signed a $1.27 million contract with an unnamed global pharma company to provide an end-to-end diagnostic development and commercialisation service to ensure that everyone who should be tested for their new precision medicine therapies, is tested efficiently.

“Our research shows that currently half of patients are missing out on precision medicine drugs due to inefficiencies in the testing ecosystem. In addition, the average precision medicine drug is launched 4.5 years before its companion diagnostic test is readily available to the eligible patient population,” said Mr White.

“We are actively working to reduce this lag time, driving testing standardisation through our services, enabled by our DXRX platform. The DXRX network, in which more than £20 million has already been invested, has the potential to completely transform the way key precision medicine stakeholders collaborate and to solve the problems facing the global precision testing ecosystem.”

1 Chris Johns: Boohoo exposed on pay and conditions in digital economy
2 Hotel bookings collapse in wake of additional Covid restrictions
3 In this strangest of recessions, what happens next for Ireland?
4 Bank of Ireland sees about 2,000 staff apply for voluntary redundancy
5 Should I switch bank now with Ulster Bank at risk of closing?
6 Qatar Airways got €1.7bn government lifeline after losses widened
7 Thinking time: Why it should be essential in every workplace
8 Henderson Park seeks €400m-plus for George’s Quay office campus
9 Unemployment rate remains at near record 26.1% in May
10 The uniform solution to basic school wear
Real news has value SUBSCRIBE