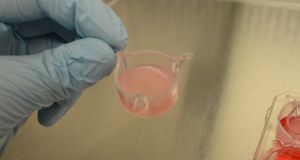 Revenue has continued to rise at Dublin-headquartered clinical trials group Venn Life Sciences with total income for the six months of the year up to €9.1 million.

The new financial year “started well” with contract wins of €5.7 million secured in January and February, as previously announced.

Overall, the company achieved total revenues of €9.1 million for the first six months of the year, which was up slightly on the €8.84 million achieved in the previous six months.

“Our client and revenue mix remains well balanced with strong rates of repeat business and we have successfully delivered initial cross sales between the early and late phase client bases,” it said.

“We have a strong proposals book which, coupled with this solid first half performance, provides confidence around full-year revenue expectations. We finished the first half year with a cash position of €2.9 million.”

Revenue was boosted by the contribution of Kinesis, which the group acquired in a €6.5 million deal in October 2015.