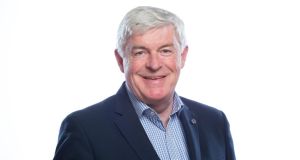 Daithi O’Connor of Revive Active: “People in business need to move fast and the time scale to getting an answer from the banks is prohibitive.”

Daithi O’Connor was born and grew up in Galway, where he also established his business. The youngest of six boys, he always worked as a teenager. From making the tea on a building site, pulling pints or fishing salmon on his cousin’s half decker, O’Connor went straight from boarding school into a bank and spent a number of years working in finance and management.

Eventually, in 2005, he set up his own financial services company, DC Atlantic Investments Ltd, which enjoyed great success. However, he was always on the lookout for another different challenge and during the recession, as demand for financial services fell, he looked for a project that he could grow that had an export angle.

In 2010, Revive Active was created with a vision to design, develop, manufacture and market cutting-edge superfood supplements. The company now employs 16 people, with six products currently on the market.

The range of Revive Active products is available in more than 1,000 healthfood stores and pharmacies across Ireland, as well as in 60 exclusive stores in London. Outside of retailers, Revive Active sells online to customers in Ireland, UK, the rest of Europe, the United States, Australia and the rest of the world, delivered to the customer’s door free of charge.

What lightbulb moment prompted you to start up in business?

I was looking for a change of direction, I tried an American health supplement, I really found the benefit from it and so it got my interest.

Getting listed in the FT top 1,000 fastest growing companies in the EU and being named a finalist in the EY Entrepreneur of the Year awards.

What moment would you cite as the turning point for the company?

Goretti Brady was the managing director of Lloyd’s pharmacy and she saw that Roxboro pharmacy in Limerick was up 900 per cent in vitamin mineral supplement sales. On closer inspection she found out the reason was Revive Active, so she asked that we be listed in their other 110 pharmacies of which they had 77 in Dublin. This gave us a strong foothold in Leinster.

I cannot say one thing stands out for me but not becoming self-employed earlier in my career is definitely one.

Based on your experience, are the banks in Ireland open for business?

If you are in business you need to act quickly and with the banks you really have no idea of when they are going to act. People in business need to move fast and the time scale to getting an answer from the banks is prohibitive.

I admire John Magnier. He had to leave school at 15 following the death of his father, to manage the family estate. Today his business interests span across the globe and he is regarded as the most influential person in thoroughbred bloodstock industry in the world. He is low-key and highly respected in both the business world and the horseracing arena.

If a company fails, as an employee you are entitled to social welfare, redundancy and so on but a company director gets nothing. I feel that this is criminal and is a disincentive to people setting up businesses.

I also feel the Government should support companies in early-stage recruitment by making their salaries tax-free for the first year with maybe a clawback if not kept on in year two.