Why do we need the Irish Strategic Investment Fund? 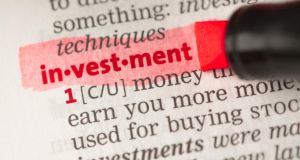 The ISIF formerly the National Pensions Reserve Fund, has a statutory mandate “to invest on a commercial basis to support economic activity and employment in Ireland”

The Irish Strategic Investment Fund (ISIF) used to be the National Pensions Reserve Fund. It held investments that would in time be liquidated to pay for social welfare and public service pensions. It went the way of the dodo when the economy hit the rocks and the fund was raided to recapitalise the banks.

It was rebadged as the ISIF and the rump of its money made subject to a new statutory mandate “to invest on a commercial basis to support economic activity and employment in Ireland”. It’s a very wide-ranging brief and how the ISIF has chosen to interpret it is becoming a little clearer.

Anybody who thought that the ISIF would choose to address market failure – the best rationale for State commercial investment – will be disappointed.

Yesterday saw it announce its first fully fledged investment in Malin, a biotech investment vehicle set up by former Elan executives. The company raised €330 million, some €50 million of it from the ISIF. There is no sign of any market failure being addressed unless you count bolstering the privately owned Irish Stock Exchange which has seen a raft of companies defecting to London.

ISIF’s other investments are equally hard to square with going where others fear to tread.

It is an investor in the Carlyle Cardinal Ireland fund which is backing a management buyout of Tullamore-based Carroll Cuisine from Swiss-Irish food giant Aryzta, and has also acquired Payzone Ireland.

Another fund in which it has invested, BlueBay Ireland, provided debt financing for the recent buyout of Denis O’Brien’s coffee and muffin chain BBs. All decent deal, but all deals that probably would have happened anyway.

So why do we need the ISIF?