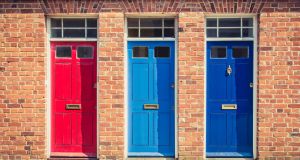 The number of borrowers affected by the Republic’s €1 billion tracker-mortgage scandal is nearing 40,000, according to figures in a report to be published by the Central Bank on Monday.

Central Bank governor Prof Philip Lane told the Oireachtas Finance Committee last October that the number of cases stood at 38,400 at the end of August.

However, the latest update report is expected to say an additional 1,400 mortgage accounts have been acknowledged by the country’s lenders as having been affected by the biggest financial overcharging debacle in the history of the State.

The country’s six main mortgage lenders have set aside €1 billion to deal with the refunds, compensation and other costs relating to the tracker-mortgage examination, which was ordered by regulators in late 2015.

As of October, some €580 million had been paid out in redress and compensation, with Ulster Bank standing out as the laggard in making payments, mainly due to issues with its IT systems.

All six lenders – AIB and its EBS subsidiary, Bank of Ireland, Permanent TSB, Ulster Bank and KBC Bank Ireland – are currently subject to enforcement investigations by the Central Bank.

The regulator is looking at the conduct of banks and senior individuals going back to 2008, when banks first began to wrongfully deny borrowers their right to a cheap mortgage linked to the European Central Bank’s main rate.

The investigation is also covering how banks handled the matter when the Central Bank ordered them in late 2015 to examine their books for affected customers.

Law changes in 2013 doubled the maximum monetary penalty the regulator can impose on a financial firm for rule breaches, to €10 million, or 10 per cent of turnover, and for individuals from €500,000 to €1 million.

In an interview with The Irish Times in late November, Prof Lane signalled that the Central Bank’s next update would contain additional cases.

He said at the time that a final report on the scandal is expected in the early part of this year, as the regulator completes its validation of banks’ figures.

Many of the recently acknowledged cases for compensation comprise instances where banks were relying on legalistic arguments to deny borrowers tracker mortgages.

While Central Bank officials have previously told members of the Oireachtas Finance Committee that lenders in disputed cases would most likely win in court, they were pressing bank executives to “do the right thing”.

1 Should my mam wait for house prices to drop before buying?
2 Irish whiskey sales near milestone of 12m cases a year
3 Pilita Clark: Why we’re about to learn if we are really in the A-team
4 McCanns’ Balmoral sees property value hit from Covid-19
5 Hard-hit SMEs get ‘paltry’ €11m worth of loans under State scheme
6 ‘I’m so lucky to be in the Caribbean – a million miles from Derry Girls’
7 ‘I have a talent for justifying purchases’
8 Chris Johns: Past is another country when it comes to our post-pandemic future
9 Minister calls on EU to act against tobacco firms ‘undermining’ menthol ban in Ireland
10 Irish banks’ failure to innovate could leave them written off for good
Real news has value SUBSCRIBE