Thousands may be missing out on lucrative tax reliefs

Survey by taxback.com suggests most people are unaware of tax-saving schemes 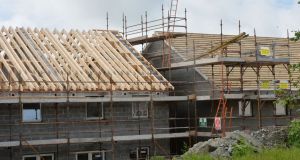 Most people are missing out on housing-related tax reliefs, which could save them thousands of euros, a survey by consumer website taxback.com has found.

It suggested that nearly two-thirds of people were unaware of the Government’s Home Renovation Incentive (HRI) scheme, which allows people to claim the VAT back on a host of household upgrades such as new bathrooms or kitchens.

Some 60 per cent, meanwhile, did not know about the rent-a-room scheme, which allows homeowners earn €14,000 tax free from renting out a room in their home.

The survey also found that similar amount of people were also unaware of the Government’s help-to-buy scheme for first-time buyers despite the media coverage surrounding the relief.

Eileen Devereux, commercial director of taxback. com said the findings show that these housing reliefs are perhaps being underutilised.

“Just 7,350 people took up rent-a-room relief in 2016. We are confident that there are many others out there who might consider this income generating option if they knew they could earn up to €14,000 tax free,” she said.

“In 2018, 28,882 works were carried out under the HRI. And while the uptake of this appears to be strong, the question remains – could/would more people use it if they knew about it?

“We believe there are many more people who could be availing of these tax reliefs. More needs to be done to ensure people get to the information they need to make smarter choices about their finances,” she said.