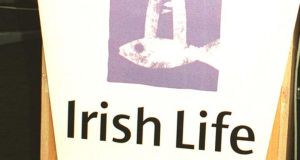 Irish Life: the dispute over the company’s new pay model has been ongoing since November, when four two-hour stoppages were held. Photograph: Cyril Byrne

Strike action at Irish Life, scheduled to take place on Thursday, has been deferred for further talks.

The proposed one-day stoppage by staff unhappy with the company’s new pay model was called off after the union Unite said it had received commitments from management ahead of “facilitated talks”.

“Revised action dates of January 20th and February 17th have been notified to the company. These will proceed in the absence of a full resolution of the issues in dispute,” the union, which represents 1,100 Irish Life workers in Dublin and Dundalk, said in a statement.

The dispute has been ongoing since November, when four two-hour stoppages were held.

However, Irish Life accuses Unite of seeking to change mechanisms for pay reviews for specialists and managers, who were not previously covered by collective agreements on pay.

1 Should my mam wait for house prices to drop before buying?
2 Cheers: Conor McGregor's whiskey races up the sales chart
3 Joint accounts: if one of us dies, can the other access the money?
4 Two prominent business leaders in planning row with neighbour
5 ‘I’m so lucky to be in the Caribbean – a million miles from Derry Girls’
6 Battle for control of America’s mammoth utility industry set to intensify
7 US ‘hard seltzer’ drink White Claw launches in Ireland
8 ‘I have a talent for justifying purchases’
9 Why we’re about to learn if we are really in the A-team
10 Help, I’ve no PRSI stamps – can I still get a pension?
Real news has value SUBSCRIBE