‘Small number’ of pubs to get premium refunds from FBD 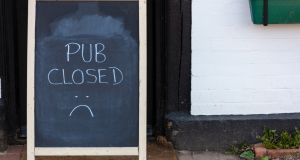 Some publicans are arguing that their policies should have covered them for pandemics, a claim that FBD denies. Photograph: iStock

Insurance company FBD has decided to offer a partial refund of premiums to some publicans over business interruption cover. However, the insurance company said it had done so in just “a very small number” of cases.

The issue of whether commercial business interruption policies covered pubs for forced closure during periods of Covid-19 restrictions is currently before the courts in a number of test cases. Some publicans are arguing that their policies should have covered them for pandemics, a claim that FBD denies.

The Business Post newspaper initially reported that some publicans had recently received letters from FBD advising them of the refund of up to half their premium as a “goodwill gesture”.

It is understood that the handful of refunds happened after an internal review of business interruption cover at FBD. It found that, in these cases, the publicans had been given information by the insurer that the operators of the pub businesses interpreted as meaning they were covered for pandemics.

When contacted by The Irish Times for further clarification on the extent of and reason for the payments, FBD said it involved only a small number of customers and declined to comment further. It is understood, however, that the refunds may apply to fewer than 10 pubs.

Initial media reports said that the letter is not understood to attach any conditions to acceptance of the payment from FBD by affected businesses, and does not preclude recipients from taking legal action against the insurer.

The issue over whether business trading losses related to the coronavirus pandemic can be covered by insurance has become an item of controversy internationally, including in the United States.

The Irish test cases that will decide the issue here are ongoing in the High Court.