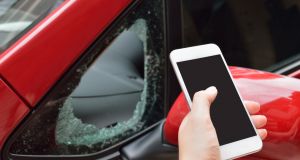 RSA attributed its performance to better loss ratios, more sophisticated pricing and a better mix of risk in its customer base, and stringent cost control. Photograph: iStock

RSA Insurance Ireland, which owns the 123.ie brand, turned around its performance by posting a €12.3 million profit in2017, its accounts show. This followed a €46 million loss in the previous year.

The company attributed its improved performance to better loss ratios, more sophisticated pricing and a better mix of risk in its customer base, and stringent cost control. The company reduced its operating expenses by more than €15 million, the financial statements show.

RSA’s directors vowed to continue its cost-cutting this year and said it would complete a restructuring programme in 2018.

Although it made more money in 2017, RSA’s gross written premiums fell by 8 per cent to €357 million, as it withdrew from less profitable lines of business. The directors also highlighted a drive to simplify its insurance products and also the way the business is run.

“We have been working hard on removing the complex layers within our business,” said the directors.

Ken Norgrove, chief executive of RSA Ireland, welcomed the move to profitability and said the company’s aim is to “make insurance easy” for customers to give it an edge in the competitive insurance market.

He also welcomed the recent report of the Personal Injuries Commission, which last month said awards for minor injuries in the State can be up to five times the awards for similar injuries in Britain. RSA called on the Government to intervene to help bring down awards.

“It is clear that awards for personal injury in this jurisdiction are significantly out of line with other countries,” said Mr Norgrove.

“If we want to see reductions in premium levels in this market, then legislative change is required. RSA Insurance will support the Government in acting on the report’s findings.”