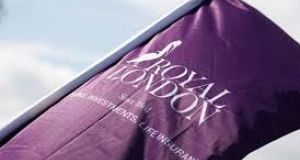 Royal London, the largest mutual life, pensions and investment company in the UK, with funds under management of £117 billion, has been operating in Ireland for over 180 years.

UK insurance group Royal London is to establish a new subsidiary in Dublin which will allow it to keep serving the Irish market once the UK leaves the European Union. This follows similar moves by Aviva, which said on Monday it has set up a new Irish company to which it will transfer all its Irish business by next year to deal with Brexit issues.

Royal London, the largest mutual life, pensions and investment company in the UK, with funds under management of £117 billion, has been operating in Ireland for over 180 years, and was previously known as Caledonian Life. Its particular focus in the Irish market is on life, specified illness and income protection cover, and its products are sold through the broker channel.

A spokeswoman for the company told The Irish Times that the insurance group has already made “significant progress” in its plans, and has lodged an application with the Central Bank to have a local, authorised insurance subsidiary in Dublin. It expects to have this company set up and running before Brexit.

“This will allow Royal London to continue to write new business for Ireland based customers post-Brexit,” she said.

The insurer currently writes business in Ireland on a freedom of services basis, but may no longer be able to do so post-Brexit, depending on the terms of a financial services agreement between the UK and the EU. In the event of a no-deal Brexit, insurers like Royal London could find themselves closed out of the Irish market, hence the move to set up a EU subsidiary.

It’s not just financial services companies which are making the move. On Tuesday UK retailer Next said it had also set up a new Irish company, which would ensure that Irish customers don’t have to face steep charges on the back of a raft of customs and duties charges that could apply to goods coming to Ireland from the UK.