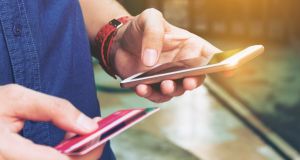 Monzo’s new valuation puts it in the upper echelons, just behind a pair of SoftBank Group-backed startups that raised money this year. Photograph: iStock

Online-only bank Monzo has closed a new funding round doubling the startup’s valuation to more than $2.5 billion (£2 billion), making it one of the UK’s most highly valued fintech companies.

Monzo last raised funding late last year at a valuation of $1.25 billion. In this new round, the company will bring in £113 million of fresh capital, according to a statement Tuesday.

The new funding round was led by Y Combinator Continuity, the growth fund managed by startup accelerator Y Combinator. Other investors include Latitude Venture Partners, General Catalyst and Stripe.

Among the UK’s clutch of fintech companies, Monzo’s new valuation puts it squarely in the upper echelons, just behind a pair of SoftBank Group-backed startups that raised money this year. In May, SoftBank’s Vision Fund bet $800 million on financing company Greensill, valuing it at about $3.5 billion, while a February investment in OakNorth valued the company at a reported $2.8 billion.

Even with the uncertainty surrounding Brexit, and the possibility of a shifting landscape for financial firms, UK fintech companies continued to lead Europe in terms funding, taking in $645 million in the first quarter of this year, according to a recent report from CB Insights.

Monzo currently has over 2 million users in the UK, according to the company. It’s part of the growing universe of so-called “challenger banks,” a group that also includes Starling Bank and Revolut in Europe and Chime in the US.

Monzo said this month it’s starting to expand into the US – an expensive endeavour both in terms of setting up local offices and winning customers away from already established competitors. American rival Chime, for example, now has 4 million users and said it has recently been signing up 200,000 or more per month. An additional complicating factor for Monzo’s international expansion will be country-by-country variations in regulations. – Bloomberg