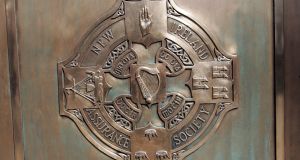 Bank of Ireland has announced a number of senior management appointments at its New Ireland Assurance subsidiary.

Tony O’Riordan has been appointed as chief financial officer and joins from PwC, where he led the life assurance and actuarial consulting arm. This appointment is subject to approval from the Central Bank of Ireland.

Dave Roberts, New Ireland’s current director of finance and actuarial, has been moved to the role of commercial director. He will be responsible for customer product and “propositions”.

Product director Dave Swanton will move from his current role to lead a dedicated unit focused on pension products for SMEs.

These changes follow the recent appointment of Deirdre Flannery as chief operating officer. She had previously held a number of senior commercial roles in Bank of Ireland.

Commenting on the appointments, Mick Sweeney, interim managing director of New Ireland, said: “I welcome Tony O’Riordan and Deirdre Flannery, as chief financial officer and chief operating officer respectively, both of whom have in-depth knowledge and experience. Dave Roberts and Dave Swanton have made significant contributions to the ongoing success of New Ireland and I know this will continue in their new roles.”

Mr Sweeney took on the interim role earlier this year after it was announced in April that Sean Casey was stepping down as head of the company to pursue other opportunities. It is not clear when a permanent appointment will be made.

It had a market share of 23 per cent last year, with more than 500,000 policyholders and funds under management of more than €15 billion by the end of March this year.