Navan-based Utmost to add €3bn to assets under management 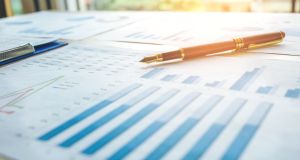 Utmost has grown its employee numbers from 40 three years ago to 250 people this year. Photograph: iStock

Wealth manager Utmost plans to add €3 billion to its assets under management over the next 18 months, two-thirds of which will come from its recently acquired Irish business, Utmost PanEurope.

The Irish-focused wealth manager intends to grow its new business assets to €30 billion by end of 2019 with about €2 billion of growth coming from its Navan and Dublin offices, Paul Gillett, Utmost PanEurope chief executive, told The Irish Times.

It comes as the company invests €1 million in a new Dublin facility to combine its existing three businesses, including Harcourt Life, and move staff from Aegon Ireland from which it recently bought a €3 billion offshore bond portfolio.

The company has grown its employee numbers from 40 three years ago to 250 people this year. About €17 billion of current assets under management relate to the Irish business while the additional €10 billion is based in the Isle of Man.

Utmost is a subsidiary of UK-based Life Company Consolidation Group (LCCG) which last year acquired Generali PanEurope for an initial consideration of €230 million.

Utmost Wealth Solutions – the wealth business arm headquartered in Navan – operates in six countries in Europe, and also has exposure to the Asian market.

It’s understood its backers intend to grow the assets under management to about €50 billion at which time a public flotation is likely to be targeted.