London-based lender targeting cost reductions of $4.5bn at units in the US and Europe 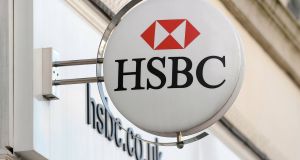 The cutbacks will extend into parts of HSBC’s European and US investment banking businesses.

HSBC Holdings is set to slash about 35,000 staff from its workforce and is taking $7.3 billion of charges in its most dramatic overhaul under chairman Mark Tucker.

The London-based lender is targeting cost reductions of $4.5 billion at underperforming units in the US and Europe.

In the meantime, it will accelerate investments in Asia, where the bank draws the bulk of its profit but is grappling with risks from the Hong Kong protests and China’s coronavirus outbreak.

The board is also deciding whether the sweeping overhaul announced by interim boss Noel Quinn is enough to secure him the top job permanently.

“Parts of our business are not delivering acceptable returns,” Quinn said in the bank’s full-year earnings statement on Tuesday. Quinn, who is also exiting several business lines, also said staff numbers could drop by 15 per cent within the next three years.

“We are looking at an endgame of closer to 200,000,” he said in an interview with Bloomberg.

The cutbacks will extend into parts of HSBC’s European and US investment banking businesses, particularly in fixed income.

In the US, assets linked to its trading operations will be nearly halved under the new plan. HSBC is also scaling bank its retail network by 30 per cent.

The shares fell more than 5 per cent in London trading, the most in three years and the biggest drop among Europe’s banks. HSBC also suspended share buybacks for 2020 and 2021, when most of the restructuring will occur.

The fresh strategy makes sense, but is “on the conservative side,” Alan Higgins, chief investment officer of Coutts and Co, said on Bloomberg television.

The lender will bolster its investment banking units in Asia and the Middle East. Questions have mounted over HSBC’s relatively poor returns given its exposure to many of the world’s fastest-growing economies, particularly China.

“We are intending to exit a lot of domestically-focused customers in Europe and the US on the global banking side,” chief financial officer Ewen Stevenson said in a Bloomberg Television interview.

Management will be “surgical and ruthless” in targeting parts of the business where returns aren’t acceptable, he said.

Executives said on a conference call that the loan book has shown “great resilience” so far in the face of the coronavirus outbreak. However, the bank warned the virus and economic disruption in Hong Kong may impact its 2020 performance.

“While reduced capital allocation to low-return businesses is a positive, we expect weaker profitability in what have traditionally been strong markets, primarily Hong Kong,” Morgan Stanley analysts wrote, maintaining their underweight rating on HSBC.

Speculation had mounted months ago that Quinn was likely to get the CEO’s role on a permanent basis, but that has faded. People familiar with the matter said earlier this month that HSBC was seriously considering external candidates.

On the conference call, Tucker declined to clarify whether the bank is closer to finding its next CEO.

Stevenson also said there was no update on HSBC’s review of its French division. Efforts to sell HSBC’s French retail business are progressing, people familiar with the matter have said. – Bloomberg