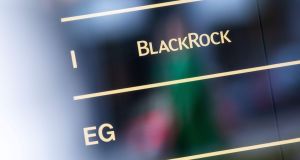 Prosecutors searched the Munich offices of BlackRock on Tuesday, it’s understood, as part of the country’s largest post-war fraud investigation. The practice being investigated, known as cum-ex, typically involved trading company shares rapidly around a syndicate of banks, investors and hedge funds to create the impression of numerous owners, each of whom was entitled to a tax rebate.

BlackRock’s inclusion is significant because it oversees more than $6.4 trillion in assets, including company shares which it lends to banks as part of its business.

State prosecutors in Cologne declined to comment on the search of BlackRock, which came as Germany’s finance minister, Olaf Scholz, urged Europe to tighten cooperation against abusive tax schemes, after Reuters and other media revealed sham trading deals that cost taxpayers billions of euros. Numerous banks and investors are already being investigated over the sham trading.

BlackRock’s chairman in Germany, Friedrich Merz, who has helped secure its influence in Europe’s industrial powerhouse, took his current role in 2016 -- after the period being investigated -- and has condemned illicit dividend stripping. Merz has taken an early lead in the race to succeed Angela Merkel as leader of Germany’s Christian Democrats and secure the chance of running for chancellor as soon as next year.

Cologne prosecutors also searched offices of Unicredit’s HypoVereinsbank to gather evidence in proceeding against other suspects, a source close to the matter said. Unicredit declined to comment on the search of its German unit, which was reported earlier by Sueddeutsche Zeitung. Earlier this week, Scholz described the stock-trading scheme as a “scandal” that underscored the need for better European cooperation in his strongest yet condemnation of the practice, which has hit Germany, Denmark, Austria and Belgium. Tax authorities in Denmark say they lost $2 billion, while Germany estimates it was tricked out of more than €5 billion by a similar method.

Danish politicians called for action after Reuters and other media, coordinated by non-profit newsroom Correctiv, revealed the large-scale use of such schemes. German prosecutors think the players in the cum-ex scheme misled the state into thinking a stock had multiple owners who were each owed a dividend and a tax credit. Germany changed and clarified the law in 2007, 2009 and 2012, but the scam then hit Denmark, where authorities have subpoenaed more than 420 companies and people, freezing hundreds of millions of euros of assets around the globe. – Reuters

1 Should my mam wait for house prices to drop before buying?
2 Irish whiskey sales near milestone of 12m cases a year
3 McCanns’ Balmoral sees property value hit from Covid-19
4 Pilita Clark: Why we’re about to learn if we are really in the A-team
5 ‘I have a talent for justifying purchases’
6 Hard-hit SMEs get ‘paltry’ €11m worth of loans under State scheme
7 ‘The recovery needs to be a full-scale economic renewal’
8 ‘I’m so lucky to be in the Caribbean – a million miles from Derry Girls’
9 Chris Johns: Past is another country when it comes to our post-pandemic future
10 Citigroup warns that markets are out of step with reality
Real news has value SUBSCRIBE